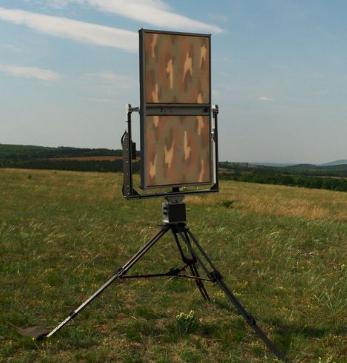 AT Communication is pleased to announce the expansion of its range of radar products with the introduction of the AT LR.

The AT LR is a long-range ground surveillance radar capable of detecting land, sea and aerial moving targets at ranges up to 45km. The radar provides automatic detection, automatic tracking and classification of the targets.

The portable AT LR is easily deployed by a light vehicle or on a tripod for man portable applications as well as fixed installations. An embedded GPS and magnetic compass unit are standard, allowing for rapid deployment and configuration.

The AT LR is ideal for use by military and paramilitary organisations in applications such as border protection forces, intrusion detection, protection of military bases, and strategic infrastructure sites where ambush / raid is a risk from hostile forces.

The AT LR can be operated either independently or as a part of an integrated network of units via Ethernet or WLAN. The system can easily be configured to integrate with existing systems and sensors in use by customers.