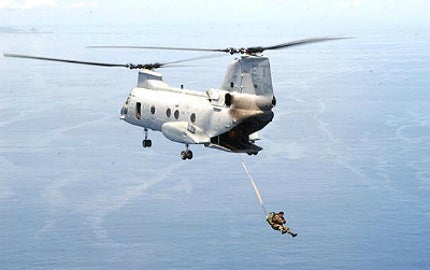 USAG Torii Station is a United States Army installation in Yomitan, Okinawa Prefecture, Japan. Torii Station supports the US Army Japan and other tenant commands based in the Okinawa area.

Torii Station is the major Base Operations Support (BOS) provider for the US Army units based in Asia. Its major missions include the control of cargo operations, fuel supply management and port operations. The base ensures the combat readiness of the forces by providing essential services, facilities and infrastructure.

Origins as US Army Base Command, Okinawa in 1972

"Torii Station is the major Base Operations Support (BOS) provider for the US Army units based in Asia."

The command was renamed as the 10th Area Support Group (ASG) in February 1986. It was the installation command for all army units in Okinawa and delivered contingency support to the forces placed in the Pacific Rim until June 2002. Torii Station was entrusted with the responsibility of installation support mission in October 2003. 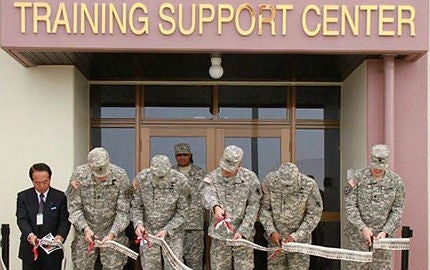 USAG-Torii Station manages several installations. The base accommodates more than 5,000 personnel including on-duty members, Department of Army Civilians, contractors and DoD personnel. It is the second largest installation after Camp Zama.

The USAG Japan, Torii Station provides base operations support to 16 sites, including Camp Zama in Honshu and Naha Military Port in Okinawa. It is a widely distributed Garrison of the US Army Installation Management Command (IMCOM).

Camp Humphreys is the US Army installation located near Anjeong-ri in the Republic of Korea.

The 10th ASG coordinates with the Government of Japan on behalf of the related units. It acts as a communication channel between the US Army and the Japanese Ground Self-Defence Force to improve mutual cooperation and understanding. USAG-Torii Station also supports several tenant commands, including the 1/1 Special Forces Group (Airborne), 835th Trans BN, 247th MP DET, 505th Quartermaster Battalion, 83rd Ordnance Battalion, 35th CSSB and the 58th Signal Battalion.

A new Training Support Centre was inaugurated at the station in March 2012. The new centre provides soldiers and other service members with additional training simulators for landmine training and counter-IED training. The new 13,399 square feet building is a single-storey reinforced concrete structure with two simulator rooms, a warehouse and storage area, a loading dock, maintenance and repair area, as well as mechanical and electrical rooms and a fire pump room. It was constructed with recycled building materials.

Base communications of the United States Army’s Japanese base

Fort McCoy is an active army training post of the US Army. It is located between Sparta and Tomah, in Monroe County of Wisconsin, USA.

The site lies in the level area of south-western Yomitan village. It is a key strategic communication network.

Other base facilities and services at US Army Garrison Torii Station

Torii Station offers barracks for unaccompanied service members. The base does not provide family housing units. The medical clinic and dental facility at the base serve the active duty personnel assigned to Torii. The base also includes an exchange and commissary.

"A new Training Support Centre was inaugurated at the station in March 2012."

There is a Scuba Locker which offers scuba equipment for rent or for sale. There are no child development centres available at the base, since it has no family housing.

The Morale, Welfare, and Recreation (MWR) office conducts a variety of programmes and youth activities.

Sports and recreational facilities present include Enlisted Clubs, fitness centres, a golf course, libraries, Officer’s Clubs, restaurants, scuba centres and swimming pools. The activities are organised at either Torii Station or at other neighbouring bases.