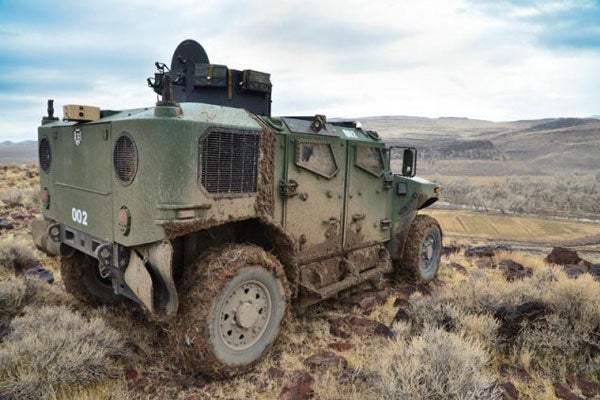 The Ultra Light Vehicle (ULV) Project involves the design, development and construction of three identical light tactical research prototype vehicles. The project is currently in the advanced testing phase, the results of which are expected in early 2014.

The three hybrid ULVs, powered by a diesel engine and an electric generator, were developed integrating advanced technologies and commercial off-the-shelf (COTS) products. The vehicles are primarily intended to provide a research and development platform, the data produced from which is expected to guide future programmes in developing enhanced combat vehicles. Actual production of the ULV for combat is not envisioned however.

Details of the ULV Project

The Office of Secretary of Defense (OSD) and Defense Advanced Research Projects Agency (DARPA) selected the US Army Tank Automotive Research, Development and Engineering Center (TARDEC) to lead a team developing three vehicles in early 2010. The development of the ULVs began in Fall 2011.

The project is wholly funded by the customer OSD and was initiated to meet the objectives including a payload capacity of 4,500lb, a weight of 14,000lb, protection in competent with the currently fielded mine-resistant ambush-protected vehicles (MRAP), and a price of $250,000 per vehicle with a consideration of a 5,000-unit production run.

The design of the ULV was developed by Hardwire Armor Systems, which acted as the lead contractor for the project. The ULV project moved from the design phase to the prototype phase within 16 months.

Design of the ULV

The vehicle features a spacious interior with a volume of 171ft³ and can accommodate four crew in addition to a gunner. The vehicle is 5.05m in length and 2.4m in width. It has a curb weight of 13,916lb and a gross weight of 18,200lb. The payload capacity of the ULV is 4,284lb.

The clean under-body without the standard equipments underneath the vehicle enhance the capability of withstanding an IED explosion.

Communication system of the ULV

The ULV is powered by a Subaru Boxer Turbodiesel engine which provides a maximum power output of 175hp and a torque of 260lb-ft. The engine drives UQM Technology’s PowerPhase 200 generator, which has a peak power output of 200kW and a continuous power output capacity of 120kW. The generator in turn powers two electric motors turning the wheels.

"The ULV is capable of providing under-body protection from mines and improvised explosive devices."

The ULV can reach a distance of 337 miles, travelling at a speed of 35mph on flat surface without refuelling, and can run for more than 10 miles on battery alone. It is fitted with Hutchinson aluminium wheels and Mickey Thompson Tires’ Baja ATZ Radials. The wheelbase of the vehicle is 134 inches, whereas the ground clearance varies from 5in to 23in.