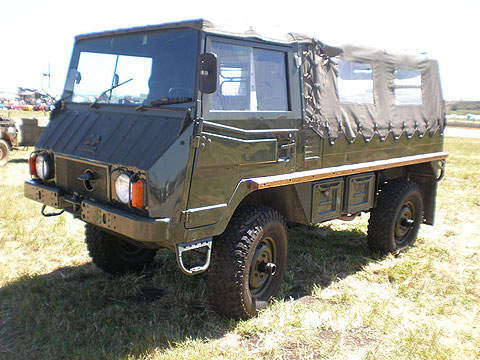 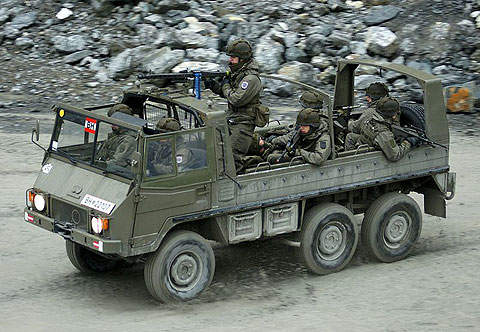 The Pinzgauer can carry up to ten men. 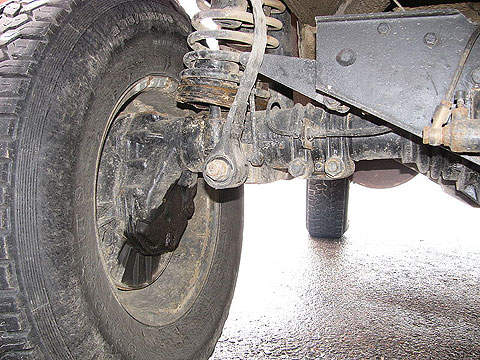 The portal axle of the Pinzgauer. 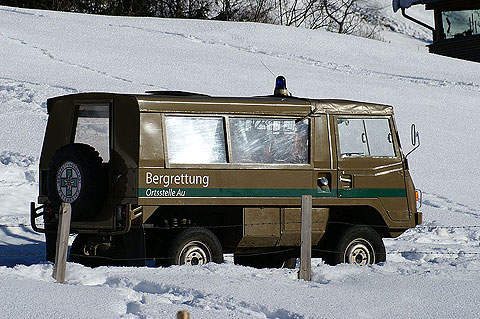 The Pinzgauer is an all-terrain military utility vehicle manufactured by BAE Systems Land Systems in Guildford, Surrey, UK. The vehicle was originally developed by Steyr-Daimler-Puch in Graz, Austria. Developed as a versatile mobility vehicle, the Pinzgauer meets a wide range of operational requirements to perform specialised missions.

After the manufacture of the original in 1965, serial production began in 1971. Originally developed as a successor to the Haflinger lightweight vehicle, the Pinzgauer first-generation model was manufactured by Steyr-Daimler-Puch (SDP) until 1985. The company rolled out the second-generation Pinzgauer II assembly line in 1986.

Pinzgauer has a high volume-to-size ratio with an internal payload capacity of 2.5t. Designed as a versatile platform, the vehicle can be used in firefighting, troop carrying and high-volume applications. The truck delivers exceptional mobility, ride-quality and performance in on and off-road conditions. Pinzgauer is also indicated for use as a light operational vehicle.

"Pinzgauer has a high volume-to-size ratio."

Pinzgauer can carry out command and control, liaison, replenishment, special forces, evacuation and administrative tasks in littoral environment. It can be fitted with armour complying with Nato ballistic and blast protection standards.

The Pinzgauer range of military utility vehicles is in service with armed forces in 29 countries around the world. Many vehicles were procured by the British, Swiss and Austrian military forces and the New Zealand Army had received 321 Pinzgauer vehicles of eight variants by 2006. The Malaysian Army purchased 332 vehicles of two variants to replace older Volvo C303 and Volvo C304.

The Pinzgauer first-generation vehicle was manufactured in 710 4×4 and 712 6×6 models with the versatile platform allowing the vehicle to be adapted for any configuration. 710 4×4 body variants include M, T, K, AMB-Y and AMB-S. M is a troop transporter with soft top and T is a flat-bed carrier. The variant K is a four-door, hard-top station wagon, AMB-Y is a three-door ambulance, while AMB-S is another ambulance version with an air-portable removable shelter. 712 6×6 body type variants include M, T, FW, K, W, DK and AMB-S.

BAE Systems introduced the Pinzgauer II, which is available in 716 4×4 and 718 6×6 models. The new vehicle features a Euro IV, six-cylinder, 145kW engine, enhanced suspension and flexible armour solutions. The height and width of the vehicle were increased for extra internal space. The base vehicle of either model can be fitted with a shelter body and special equipment, and used for troop carrying and high-volume operations.

Due to its versatility, the Pinzgauer is also currently manufactured and marketed for the commercial sector. The variants produced for civilian markets include camper van, farm trucks, ambulances, fire-trucks and rescue vehicles.

"Pinzgauer is also manufactured and marketed for commercial markets."

The Pinzgauer is powered by a water-cooled, six-cylinder, turbo-diesel engine complying with Euro IV standards. The engine is fitted on the front of the vehicle and is coupled to a ZF manual gearbox which transmits power through a shaft to the transfer box. This also supports the hydraulically operated shifting clutch for power transmission to the front axle.

There is a 120l/145l fuel tank providing a range of 800km and additional fuel tanks can be fitted to extend the range to up to 2,000km. Pinzgauer has a maximum speed of 120km/h on-road.

The Pinzgauer delivers high performance in both on and off-road conditions and the vehicle features a centre-tube torsion chassis and independently-sprung portal half axles. The independent suspension provides high ground clearance and the powerful engine and brakes with anti-lock braking system (ABS) provide the Pinzgauer with better handling and stability. The Pinzgauer is air transportable by C-130 aircraft and Chinook helicopters.