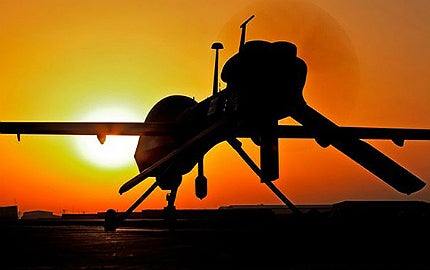 MQ-1C Gray Eagle is an extended range / multipurpose (ER/MP) unmanned aircraft system (UAS) developed by General Atomics Aeronautical Systems for the US Army. It is an improved variant of the combat-proven Predator unmanned aerial vehicle.

Gray Eagle aircraft accomplished more than 1,700 flight hours during a total of 238 flights during the initial seven-month training and evaluation period.

The first full company of Gray Eagle UAS, F/227 was deployed in June 2012. The army plans to acquire 11 Warrior units, each unit with 12 UAVs and five ground control stations.

To date, 61 Gray Eagle aircraft have been handed over to the US Army, with additional 44 aircraft currently on order.

“The first full company of Gray Eagle UAS, F/227 was deployed in June 2012. The army plans to acquire 11 Warrior units.”

The Warrior UAS was announced as winner in August 2005 and General Atomics was awarded a $214m contract for system development and demonstration. Under the $1bn programme, the first aircraft was operational by 2009. Low-tate initial production (LRIP) of the aircraft was approved in March 2010.

The Warrior was designated MQ-1C by the US Department of Defence (DoD). The MQ-1C was officially assigned the name Gray Eagle in August 2010. The Gray Eagle quick reaction capability (QRC) units were deployed to Iraq and Afghanistan, for introducing the aircraft to combat.

The Defence Acquisition Board (DAB) review in June 2012 authorised the third LRIP purchase of 29 aircraft and associated equipment. The formal initial operational test and evaluation (IOT&E) is planned for August 2012. During the IOT&E, Gray Eagle will officially showcase its capabilities, while operating along with the AH-64D Apache Block III attack helicopter.

Design and playload of the unmanned aircraft system

The Puma AE (All Environment) is a small unmanned aircraft system (UAS) manufactured by AeroVironment.

The UAS has an increased wingspan compared to that of Predator. The modular architecture of Gray Eagle allows integration and operation of multiple payloads. Gray Eagle has a length of nine metres, wingspan of 17m and height of 2.1m.

The wing hardpoints can be fitted with external payloads such as expendable sensors and weapons. The AGM-114 Hellfire air-to-ground missiles fitted to the aircraft can engage ground-based moving and stationary targets within the range of 500m to eight kilometres.

Engine of the US Army’s ER/MP UAS

Gray Eagle is powered by Thielert heavy-fuel engine. The engine develops a power output of 165hp. It supports the ‘single fuel in the battlefield’ concept of the US Army. The engine delivers improved fuel efficiency, while burning either jet or diesel fuel.

Gray Eagle is operated from the one system ground control stations (OSGCS). The OSGCS includes flight critical hardware and software in a modular configuration, mounted on the standard five-ton medium tactical vehicle.

The operator consoles are used to perform command and control, payload control and weapon launch operations.

Gray Eagle can fly at a maximum altitude of 29,000ft. It has an endurance of more than 30 hours. The maximum gross take-off weight of the UAS is 1,633kg. The aircraft has a maximum speed of 150KTAS.