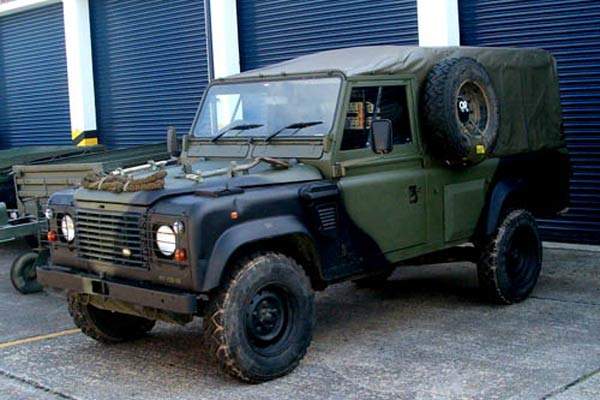 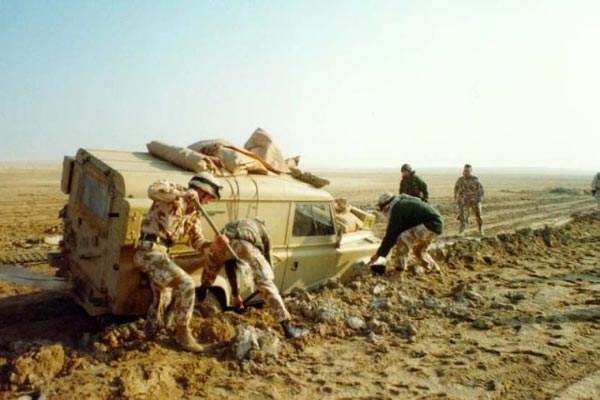 A Land Rover Wolf in Basra. 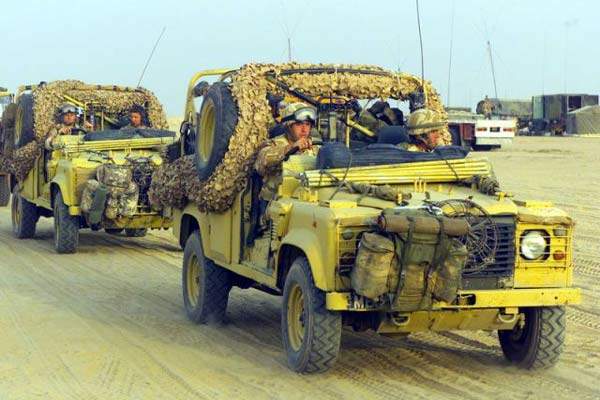 A patrol of Wolfs – there is very little protection from roadside attack. 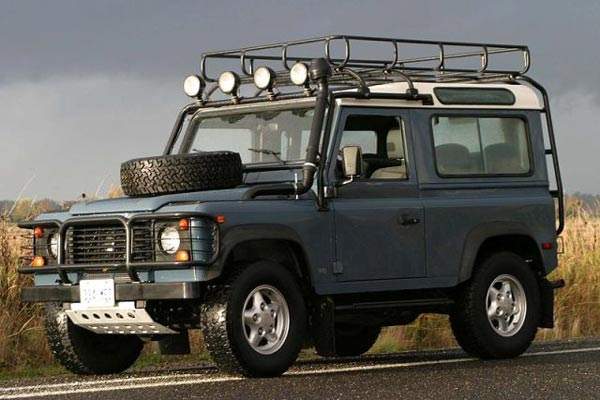 A Defender 90 with expedition specification equipment including snorkel and sump protection. 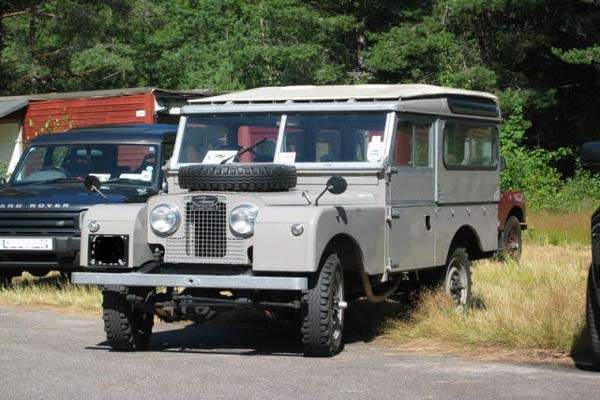 The Series I Land Rover was a very basic model and based upon aluminium construct giving it exceptional corrosion resistance.

One vehicle synonymous with the military operations around the world is the Land Rover Series II and III and Defender (90 SWB or 110 LWB).

The all-terrain 4×4 vehicle was first produced in 1948, based upon a design spawned from the Willys / Bantam Jeeps of WWII fame (designer Maurice Wilks).

The UK design initially used aluminium for much of the construction, which led to the Land Rover’s reputation for longevity and resistance to corrosion in even the toughest conditions.

Land Rover is now owned by Tata Motors of India, who bought both Land Rover and Jaguar from Ford in 2008. What effect this will have on military supply contracts for new vehicles, or replacement parts, is not known. Land Rovers are manufactured at the Solihull plant, near Birmingham in the UK.

The military Land Rover is used as a light utility vehicle and has been adopted in a number of guises and body styles including fire engines, excavators, communication vehicle, ambulance, a lightweight model for air transport, snowplough, and six-wheel drive, amphibious and track-propelled versions.

The vehicle is in use by the UK military as well as a number of related commonwealth Forces, the Italian Forces and has also been used by the US Army in Korea and more recently in Iraq and Afghanistan (the SAS have used the Series IIA and Series III for long-range desert reconnaissance in Iraq – Pink Panther).

The Land Rover has been regarded as a reliable workhorse for the British Army (also used for the RAF mountain rescue); and although there are now moves to replace it with alternatives, it is still very much in use. The UK forces vehicles are based on the Series and Defender models and commonly use the 2.5l four-cylinder 300TDi engine (111hp, 83kW), which is simple to service and is not electronically controlled.

Land Rovers are commonly used for patrol duties in Iraq and Afghanistan but because of the possibility of roadside attack, bombs and mines they are now being replaced in this duty by light armoured vehicles (although they are still a useful recon and utility vehicle).

“One vehicle synonymous with the military operations around the world is the Land Rover.”

The Land Rover Wolf is a custom design currently in use by the British Forces and the Dutch Marine Corp.

The vehicle is based on the Defender 90 and 110 designated Truck Utility Light (TUL) and Truck Utility Medium (TUM) respectively. There are 23 versions and the specification is designated for military use as extra duty (modifications for winter and tropical duty).