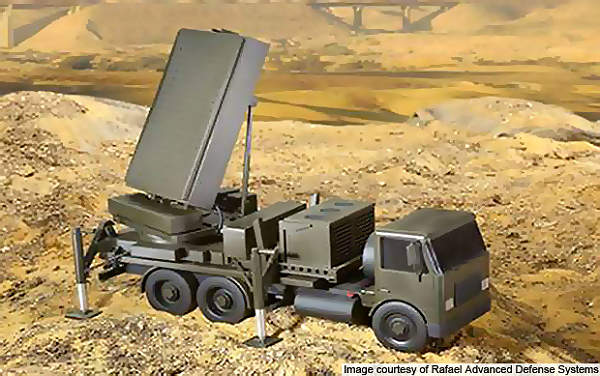 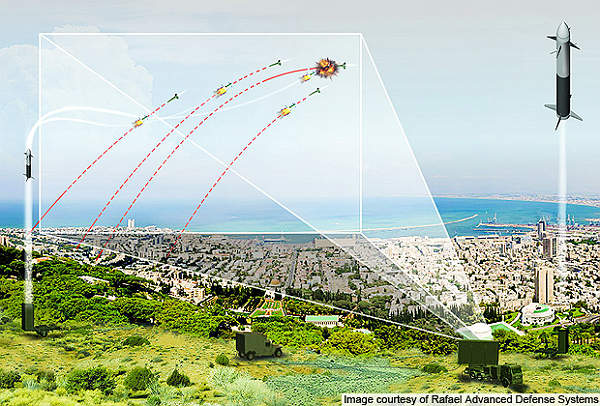 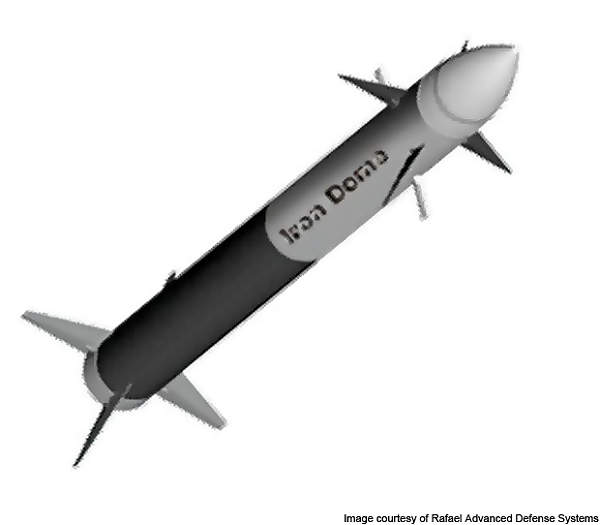 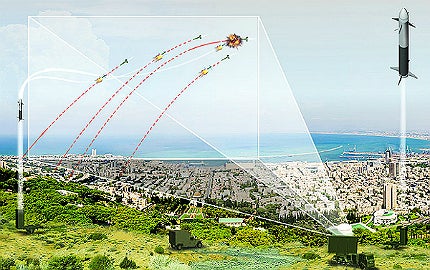 Iron Dome is an effective, truck-towed mobile air defence system developed by Rafael Advanced Defence Systems. The system has been developed to counter very short range rockets and artillery shell (155mm) threats with ranges of up to 70km. It can be operated in all weather conditions including fog, dust storm, low clouds and rain.

Selected by the Israel Defence Ministry, Iron Dome provides defence against short-range missiles and rockets which pose a threat to the civilian population of Israel’s northern and southern border. The system was deployed by the Israeli Air Force (IAF) in March 2011.

In November 2012, Israel installed the fifth Iron Dome battery at Gush Dan in response to the recent rocket attacks on the Tel Aviv area.

In July 2010, the US House of Representatives approved a $205m fund to spur the production and deployment of Iron Dome.

Firing of rockets by Hezbollah during 2006’s Second Lebanon War led to the development of Iron Dome. Nearly 4,000 rockets, mostly of the short-range Katyusha type, were fired on Haifa and other northern regions of Israel.

"In July 2010, the US House of Representatives approved a $205m fund to spur the production and deployment of Iron Dome."

About 44 Israeli civilians were killed in the attack and approximately 250,000 citizens were evacuated and relocated to other parts of Israel.

Between 2000 and 2008, more than 4,000 mortars and 4,000 rockets (mostly Qassams) were fired from Gaza into southern Israel. As the range of the Qassam has been expanded due to the introduction of 122-mm Grad launchers, nearly one million southern Israelis came within the range.

To counter the rocket threats, the Israel Defence Ministry decided in February 2007 to develop a mobile air defence system.

The missile defence system was successfully tested in March 2009. The testing was carried out without actually intercepting an actual missile or rocket. In July 2009, during a Defence Ministry test, the system successfully intercepted a number of rockets.

A new battalion was established by the IAF in August 2009 to operate the Iron Dome system. Multiple rocket bombardments mimicking Qassams and Katyushas were intercepted successfully in a test that was carried out in January 2010.

The final testing of the Iron Dome was undertaken in July 2010. In this, the system successfully determined and intercepted only those incoming rockets that were threats.

Other missiles which were headed toward open fields were simply left over.

Iron Dome is composed of three fundamental elements – a detection and tracking radar, battle management and weapon control system (BMC) and a missile firing unit (MFU). The radar system has been developed by an Israeli defence company, Elta.

"To counter the rocket threats, the Israeli Defence Ministry decided in February 2007 to develop a mobile air defence system."

The control system has been built by an Israeli software company, mPrest Systems, engaged by Rafael.

The missile launched by the MFU of Iron Dome includes Tamir interceptor missiles.

It has several steering fins for high manoeuvrability and is equipped with electro-optic sensors.

Other features of the Iron Dome include a vertical launch interceptor, warhead and proximity fuse, mobile launcher and compatibility with various radar and detection systems. The system’s special warhead allows it to detonate any target in the air.

After detecting and identifying the rocket launch, Iron Dome radar monitors the path of the launched rocket. Based on the radar’s information, the system’s BMC analyses the path of the threat and calculates an anticipated point of impact.

To explore the potential sale of the Iron Dome system, the Israeli Government is in talks with a number of European countries.

Two Asian countries have shown interest in Israel’s Iron Dome system. It has been reported that the Indian Defence Ministry is in negotiations with Israel for the procurement of the Iron Dome.

Singapore is in talks with Israel for the possession of the new system as part of a once-secret military cooperation pact. The US, too, has shown interest in the Iron Dome system.