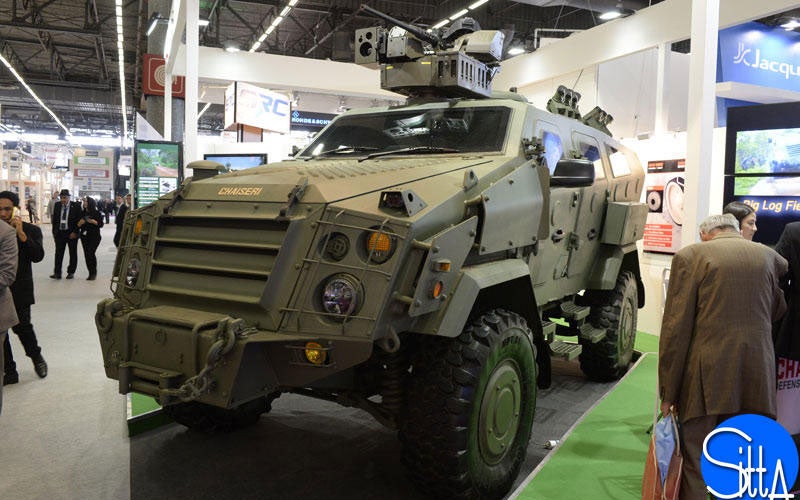 The First Win 4×4 multi-mission armoured vehicle is manufactured by Chaiseri Metal and Rubber Company (Chaiseri), a defence company based in Thailand, for military, peace-keeping, administrative and homeland security missions.

The vehicle affords a high level of ballistic and blast protection for its occupants against threats in the modern battlefield. The First Win vehicles are operational with the Royal Thai Army and the Thai Ministry of Justice.

First Win E reconnaissance or security variant is the latest addition to the First Win family.

The Royal Thai Army received 29 units, as of April 2014, and placed an order for another 200 vehicles. Deftech signed a contract with Chaiseri to acquire the first batch of 20 First Win 4×4 tactical vehicles for the Malaysian Army.

Design and features of the wheeled armoured vehicle

The V-shaped, monocoque hull of the First Win is of all-welded steel armour construction. The vehicle can be transported aboard C130 / A400M military transport aircraft, Ro-Ro ships and rail.

It features a modular design and is manned by a driver and ten infantrymen. It is available in 2+1 door and 4+1 door configurations. Equipments installed in the vehicle include an air-conditioning system, a 24VDC electrical system, and an electric winch.

The Malaysian variant is outfitted with a 360°-rotating manual turret system with a ballistic protection hatch and a spring-loaded pintle mount to carry 7.62mm general-purpose machine gun or 12.7mm heavy machine gun. The 76mm grenade launchers on either side of the vehicle provide additional survivability.

The armoured vehicle’s cabin is armoured to the STANAG Level 2 ballistic protection, while its engine compartment is protected up to STANAG Level 1 standard.

“The First Win vehicles are operational with the Royal Thai Army and the Thai Ministry of Justice.”

A Cummins ISB engine, mounted at the front, provides high mobility to the vehicle. The engine generates an output power of 300hp at 2,850rpm and a torque of 475nm at 3,100rpm, and is coupled to an Allison 2500 automatic transmission system, which has six forward and one reverse gear. Power-to-weight ratio of the vehicle is 23hp/t.

The vehicle can attain a maximum speed of 110km and a maximum cruising range of approximately 600km. It has a ground clearance of 400m, and gradient and side slopes of 60% and 40% respectively. It can climb vertical obstacles of 0.5m, cross trenches of 0.9m, and ford in up to 1m-deep waters.