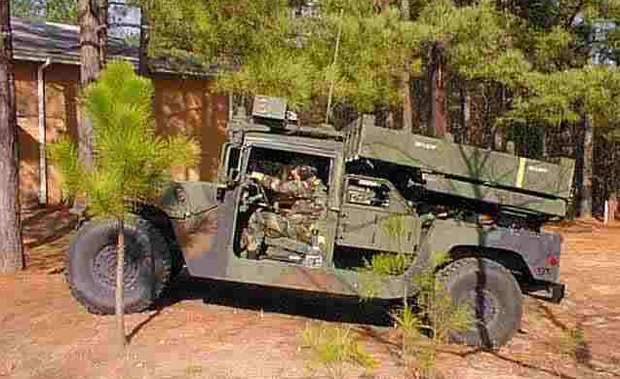 Teamed with Raytheon is Systems & Electronics, Inc. who are responsible for carrying out the analysis and modification of the HMMWV. 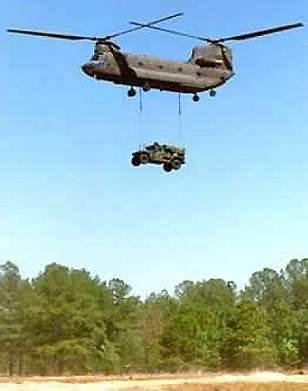 The size and weight of the EFOGM allow the system to be transported by the C-130 as well as Chinook helicopters. 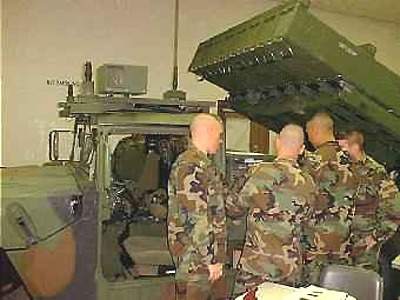 US soldiers being trained in EFOGM operations. 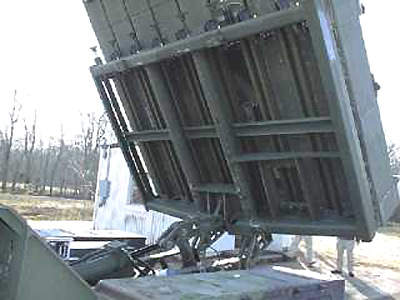 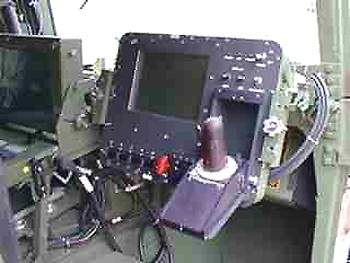 The gunner's console with a joystick control. 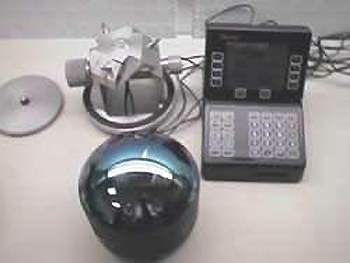 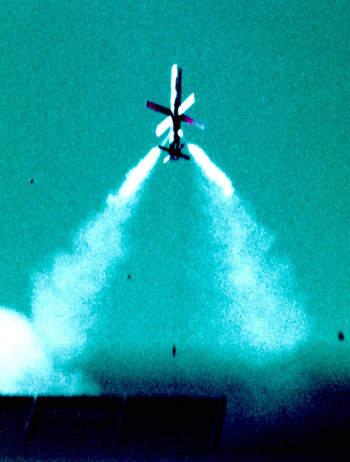 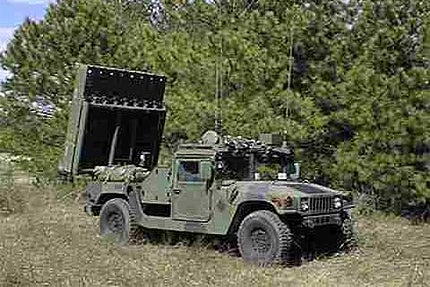 The US Army had developed an NLOS (non-line of sight) missile system, known as FOG-M, based on the TOW anti-tank missile. A television camera was installed in the head of the FOG-M missile and the wire guidance cable was replaced with a fibre-optic cable, relaying the TV images from the missile to the gunner’s station and guidance and control data back to the missile. In 1995, Raytheon were awarded an Advanced Technology Demonstration (ATD) contract to produce the EFOGM missile system, a development of FOG-M, which added an imaging infrared seeker. 300 EFOGM missiles, 12 Fire Units and three Platoon Leader Vehicles were planned.

EFOGM participated in the US Army’s Warfighter Experiment in 1998 for the Army’s Rapid Force Projection Initiative (RFPI) Advanced Concept Technology Demonstration (ACTD). EFOGM has also completed a number of successful flight tests, including a direct hit on target. The ACTD program concluded in September 1999. The US Army has no plans for further funding of the EFOGM program.

The launch vehicle, known as the Fire Unit, is based on the HMMWV chassis and carries two crew (gunner and driver). The Fire Unit carries an eight-missile launcher and is equipped with a gunner’s console and a Battle Command Computer for navigation and mission planning.

The television camera seeker in the head of the EFOGM missile is based on charge coupled device (CCD) technology. The imaging infrared seeker uses a focal plane array of 640 x 480 platinum silicide detectors, operating in the 3 – 5 micron waveband. The missile is equipped with a shaped charge warhead, solid propellant sustainer and booster motors. Guidance is by an inertial measurement unit (IMU)/global positioning system (GPS) navigation system.

The Platoon Leader’s Vehicle (PLV) has two crew (platoon leader and driver) and is equipped with the Battle Command Computer.

Firing is controlled by the brigade commander. When a target has been designated, the missile’s route to the target is planned using one or more waypoints. The non-ballistic flight path of the missile via waypoints assists in preventing location of the launch platforms from the flight trajectory.

The missile is launched vertically and the fibre-optic cable is payed out from the back of the missile as it flies. Target acquisition and terminal homing are provided by the imaging sensors in the head of the missile. The image is transmitted via the fibre-optic cable to the gunner and displayed on the gunner’s console. The gunner carries out target selection and acquisition and the automatic tracker locks onto the image of the target. Tracking commands are relayed to the ground station computer, which sends steering command data up the fibre-optic cable to guide the missile. The gunner can also carry out manual tracking. The missile strikes the tank from the top, which is not so heavily armoured as the front and side sections of the tank.