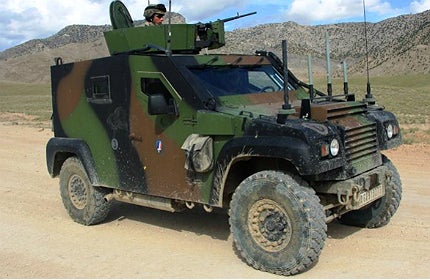 The COLT LTV (4×4) was unveiled at Defence Expo India 2012 held in March 2012. It is the latest member in the COLT range of tactical vehicles.

The vehicle was developed to cater to various needs of the armed forces. More than 2,000 COLT tactical vehicles have been deployed by 15 countries across the globe.

The COLT LTV is suitable for high demanding protected missions. The versatile vehicle can be used as a patrol vehicle, escort vehicle and a command vehicle to meet the mission specific requirements of users.

"More than 2,000 COLT tactical vehicles have been deployed by 15 countries across the globe."

The COLT Airmobile includes manual gear box and a turbo diesel engine. The Airmobile has a maximum speed of 100km/h and a range of 800km. It can carry a payload of 900kg.

The COLT LAV is installed with Euro3 rated Inline turbo diesel engine coupled to a six-speed automatic gear box. The LAV can cruise at a maximum speed of 100km/h to 105km/h. It has a range of 700km and can carry a maximum payload of 2,000kg.

The advanced patented armoured hull of COLT LTV is based on a high performance chassis. The conventional vehicle layout houses engine in front, crew cab in the centre and troop compartment at rear. The crew can enter and exit the vehicle through a single door located either side of the vehicle. The rear door allows the rapid ingress and egress of troops in the rear section.

The vehicle can be optionally fitted with equipment and systems, such as central tyre inflation system (CTIS), electric winch, roof hatch, antenna mount and a separate provision for weapon station.

The 4×4 LTV is powered by an Inline turbo diesel engine coupled to a four speed automatic gear box. The engine is compliant with Euro3 emission standards. The design power-to-weight ratio of the LTV is more than 34hp/t.

Mobility of the 4×4 tactical vehicle

The COLT LTV is a right hand driven (RHD) vehicle with a gradient negotiation of 45°. It has a side slope stability angle of 300, which helps to maintain stability on uneven terrains. It has approach and departure angles of 76° and 55° respectively.

The LTV can cruise at a maximum speed of 120km/h. It can travel up to a maximum distance of 800km.

The COLT can ford water depths of up to 0.535m without any preparation. It is fitted with a coil spring with axle locating A-frame suspension to provide better grip and all-terrain smooth drive for its crew.

The Super Stallion 8×8 is a logistics vehicle developed and produced by Ashok Leyland, a flagship company of Hinduja Group.