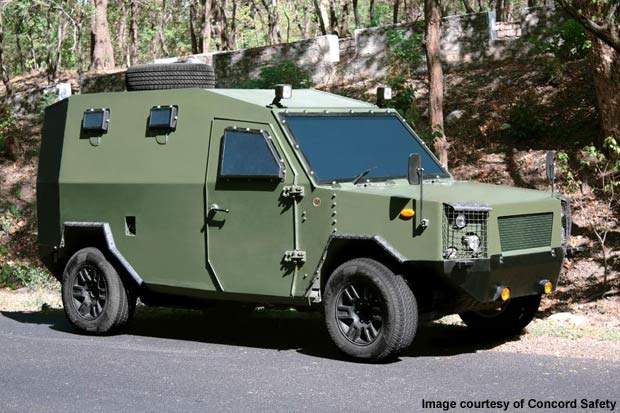 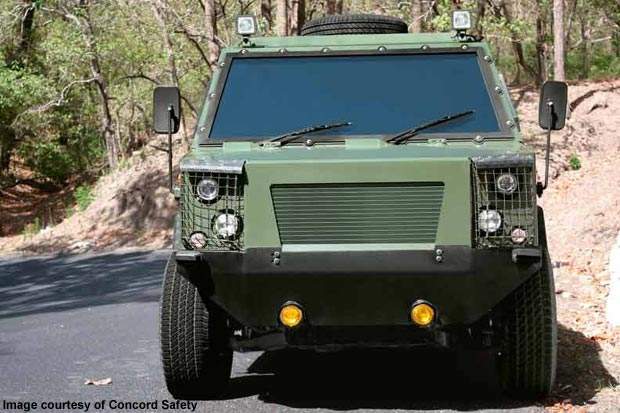 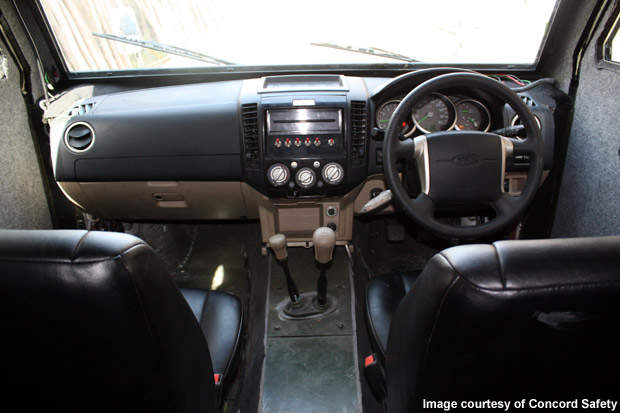 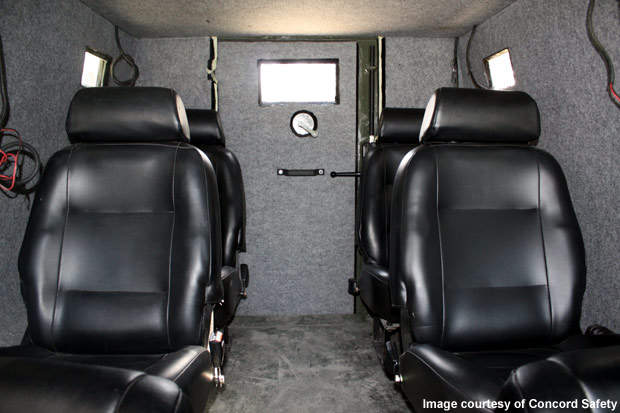 Concord 8 (C8) is a four-wheel drive lightweight rugged armoured vehicle designed for the Indian defence market. Developed by Concord Safety Systems, the Indian partner of Arotech, the vehicle offers high mobility and bullet-proof protection. The prototype of the vehicle was manufactured at the Dehradun Concord facility.

Drivable on all terrain types, the vehicle is ideal for combating an insurgency, transporting logistics, providing protection to reconnaissance and convoys, and conducting search and rescue missions.

The C8 is currently undergoing trials with the Northern Command of the Indian Army. It will be delivered to the Indian paramilitary and police forces before the end of 2009.

The C8 has been designed using the expertise derived from the development of David MDT’s lightweight armoured vehicle. Based on the Indian 4×4 platform, the C8 can accommodate up to six soldiers, and a driver, along with their entire combat gear and loads.

"The C8 armoured vehicle is currently undergoing trials with the Northern Command of the Indian Army."

The vehicle is air-conditioned with interiors designed to provide maximum flexibility. Doors are wide enough to enable quick entry and exit. The seating arrangement is flexible and can be customised in to either a four or a six-seat configuration.

There are five gun ports and 12V/24V battery options. To withstand the impact of a massive collision, the vehicle has been installed with heavy duty bumpers.

At the rear of the vehicle, two multipurpose storage boxes have been fitted in case additional ammunition is required. A blower attached inside the C8 absorbs acid gases released when the soldiers are shooting from inside the vehicle.

The C8 has optional features including a communication system, a GPS, a PA system, siren, radio and a remote-controlled searchlight. The vehicle can also be equipped with a beacon, communication racks, additional ammunition box holders and selective up-armouring. The fuel tank can be provided with additional protection. The body of C8 can be extended to increase the inside space of the vehicle.

The C8 is equipped with a 3l Dura Torque TDCi engine with variable geometry turbo charger. It provides a horse power of 115kW at 3,200rpm. The C8 features a five-speed manual gear box and has a common rail direct injection fuel system. The vehicle’s air pressure tanks have a maximum capacity of 71l.

The Concord provides protection from Grenade splinters, even those that fall on the sides of the vehicle, which are composed of ballistic steel that can withstand direct hits of the 5.56×45mm Indian National Small Arms System (INSAS) and 7.62×39mm AK47 and 56 rifles.

"C8 can accommodate up to six soldiers, and a driver, along with their entire combat gear and loads."

However, the vehicle is not fitted with any weapons and cannot provide protection from mine blasts.

The C8 has been developed by Arotech’s Armour division in India, Concord Safety Systems, which is a joint venture between MKU, JN Group and MDT Armour Corporation. The joint venture was formed in January 2006 to design and manufacture armoured vehicles in India.

A key vehicle in the portfolio of MDT, David, from which the C8 is derived, is a light weight armoured vehicle designed for low intensity conflict. Composed of extremely-high-hardness steel and composite materials, the vehicle offers AP protection to a troop of seven. It can accommodate up to six passengers at any given in addition to the driver. David has been adopted by the Israel Defence force for its standard operations including armoured reconnaissance and patrolling.