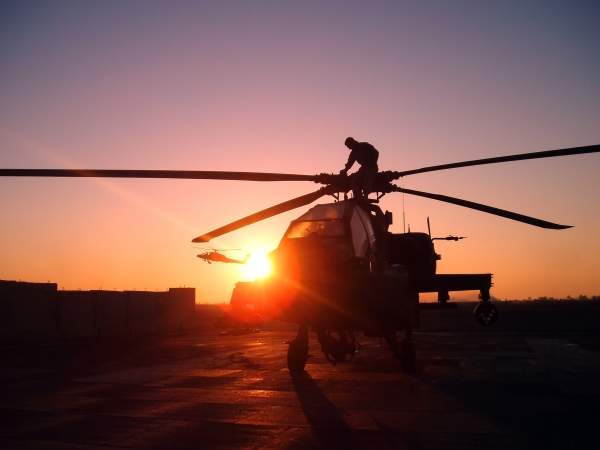 It entered service with the US Army in 1984 and has been exported to Egypt, Greece, Israel, the Netherlands, Japan, Saudi Arabia, United Arab Emirates (UAE) and the UK. 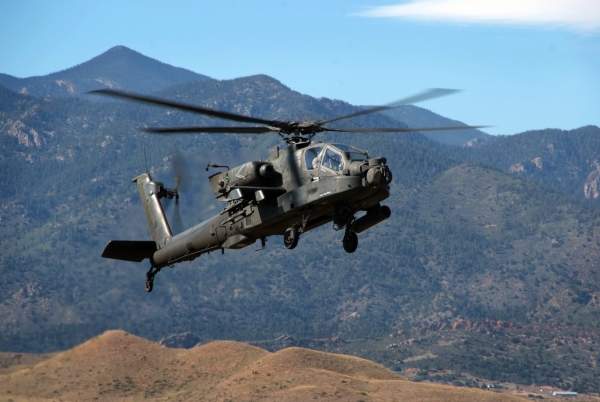 The US Army has more than 800 Apaches in service, and more than 1,000 have been exported. 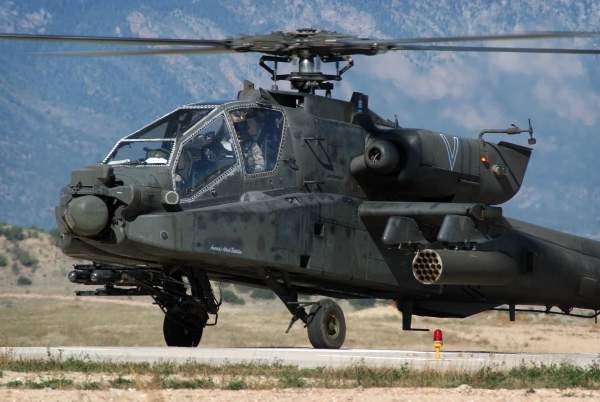 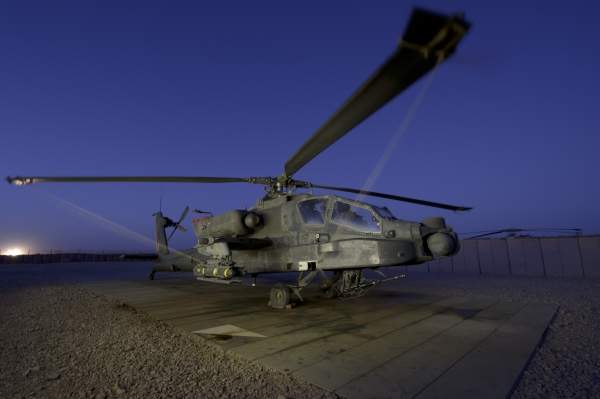 The AH-64D Longbow was deployed by the US Army in Afghanistan as part of Operation Anaconda, in support of Operation Iraqi Freedom and, from June 2003, in South Korea. 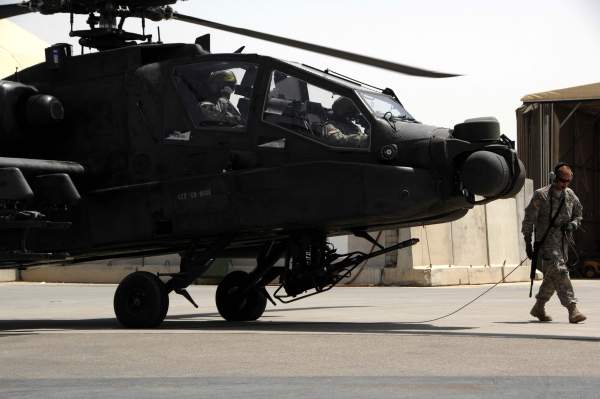 The AH-64D Longbow is fitted with the Longbow millimetre wave fire control radar and the Longbow Hellfire missile. 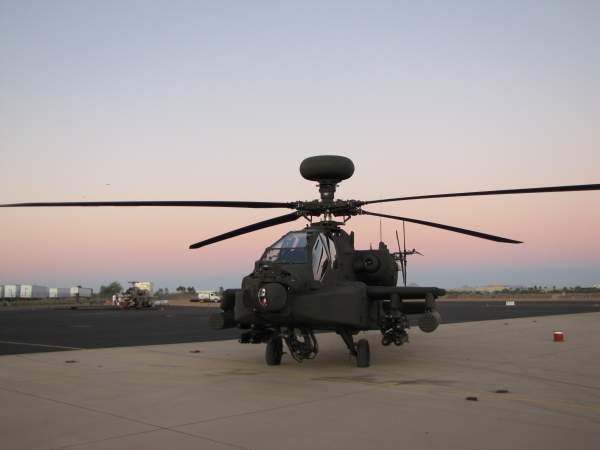 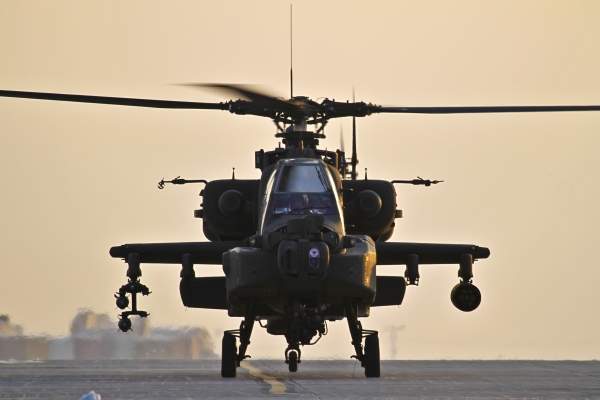 The Apache is equipped with two turboshaft engines, each providing 1,265kW. 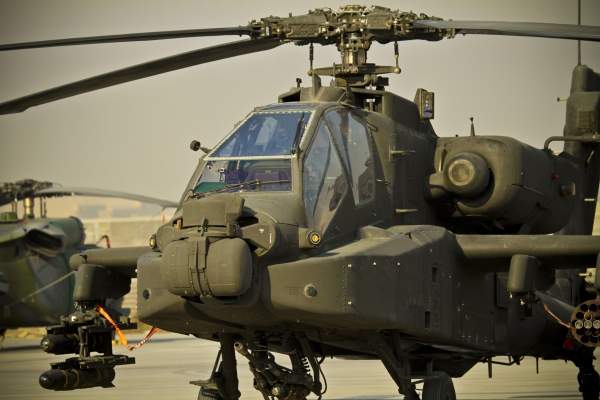 The Longbow Apache can effect an attack in 30 seconds. 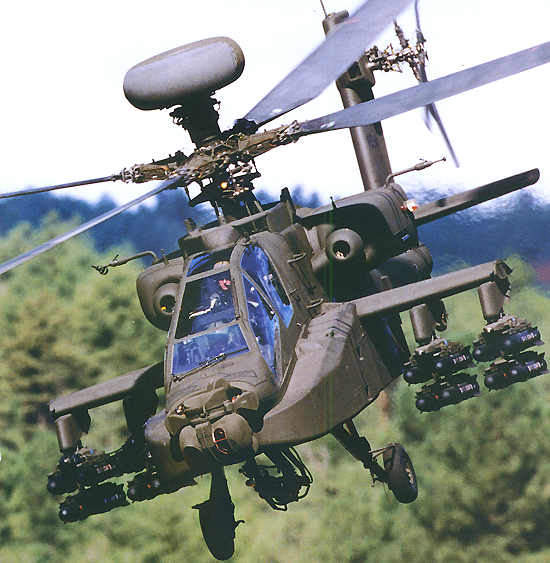 An AH-64 Apache Longbow armed with 16 Hellfire missiles, eight under each wing. 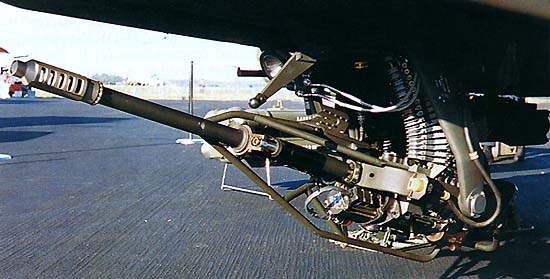 The AH-64D Apache has been designed for high survivability in combat. 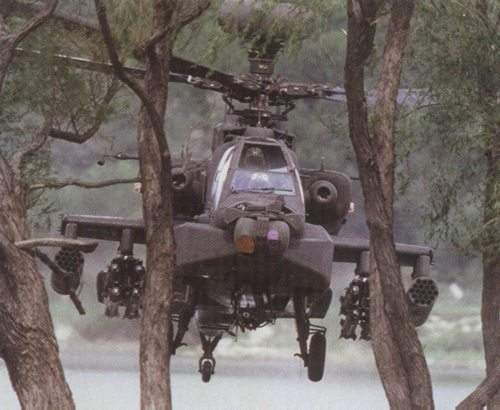 The M230 Chain Gun provides a fire rate of 625 rounds per minute. 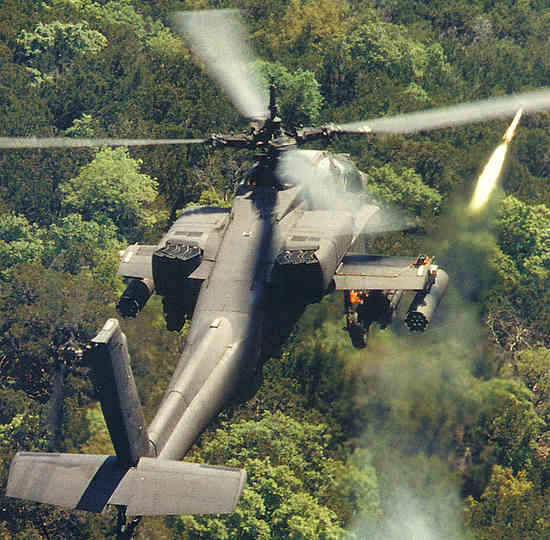 The AH-64D Longbow Apache entered service with the 1st Battalion of the 227th Aviation Regiment in October 1998. 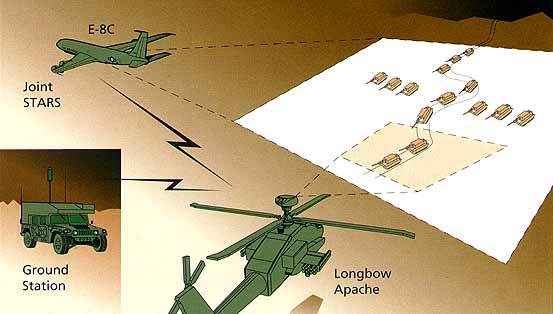 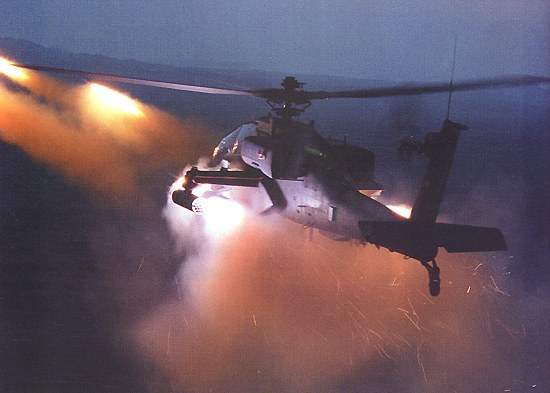 The AD-64D Apache Longbow is the most lethal, survivable, deployable and maintainable multimission helicopter in the world.

Apache is a twin-engined army attack helicopter developed by McDonnell Douglas (now Boeing). It entered service with the US Army in 1984 and has been exported to Egypt, Greece, Israel, the Netherlands, Japan, Saudi Arabia, United Arab Emirates (UAE) and the UK.

The US Army has more than 800 Apaches in service, and more than 1,000 have been exported. The Apache was first used in combat in 1989 in the US military action in Panama. It was used in Operation Desert Storm and has supported low intensity and peacekeeping operations worldwide, including in Turkey, Bosnia and Kosovo.

The first Apache Longbow was delivered in April 1997 to the US Army.

AH-64D Longbow was deployed by the US Army in Afghanistan as part of Operation Anaconda in support of Operation Iraqi Freedom and, from June 2003, in South Korea.

AH-64D Longbow is fitted with the Longbow millimetre wave fire control radar and the Longbow Hellfire missile. 501 AH-64A Apaches upgraded to AH-64D standard have been delivered to the US Army. Deliveries were completed in August 2006.

During the same year, 30 AH-64Ds were ordered by the UAE. The first new-build AH-64D was delivered to the US Army in June 2007 and the first of the additional remanufactured helicopters in October 2007.

A number of AH-64A helicopters have been upgraded to AH-64D standard for South Korea. A total of 30 UAE Apaches are being upgraded to AH-64D Longbow standard, and deliveries began in May 2008. In June 2006, Saudi Arabia requested the upgrade of 12 Apaches to standard and, in September 2008, the sale of 12 new AH-64Ds. In October 2008, Taiwan requested the sale of 30 AH-64D Block III Apaches.

In August 2001, the AH-64D was selected by the Japanese Ground Self-Defence Force with a requirement for 55 helicopters. The Apache for Japan is designated AH-64DJP and is armed with Stinger air-to-air missiles.

In July 2005, the US Army awarded Boeing a development contract for block III improvements, which entered service in 2011. In December 2009, the maiden flight test of AH-64D Apache with block III structures was completed.

The block III system development and demonstration (SDD) contract was awarded to Boeing in July 2006. First flight of the Apache Block III was in July 2008. The US Army plans to upgrade all its Apache fleet to block III standard.

Science Engineering Services (SES) is a partner to Boeing in upgrading the AH-64D helicopters to the block III configuration. It will perform disassembly, inspection and repair of the AH-64D Apache helicopters.

The disassembly, inspection and repair works take place at the SES West Aviation and Integration Facility in Huntsville. The helicopters are then shipped to Boeing in Mesa, Arizona, for incorporating the AH-64D Apache block III.

The AH-64E Apaches are expected to replace Apache MK1 by 2022. The upgraded version of the helicopter will feature improved sensors and avionics to deliver improved performance.

A consortium of GKN Westland (now AgustaWestland), Boeing, Lockheed Martin, Northrop Grumman and Shorts bid a version of the Longbow Apache for the UK Army attack helicopter requirement which was selected in July 1995. Assembly of the WAH-64 Longbow Apache was carried out in the UK by AgustaWestland.

The first helicopter entered service in January 2001 designated as the AH mk1. A total of 67 helicopters have been delivered, with the last being formally handed over at the Farnborough Air Show in July 2004.

The initial operating capability was achieved in October 2004 and, in May 2005, the first of three Army Air Corps regiments of 18 helicopters was declared fully operational. The other two regiments are expected were fully operational by 2010. The AH mk1 helicopter has also been operated successfully on HMS Ocean helicopter carrier and, in November 2006, made a first landing on the Invincible Class aircraft carrier, HMS Ark Royal.

A 30mm automatic Boeing M230 chain gun is located under the fuselage. It provides a rate of fire of 625 rounds a minute. The helicopter has capacity for up to 1,200 rounds of ammunition.

AH-64D is armed with the Lockheed Martin / Boeing AGM-114D Longbow Hellfire air-to-surface missile, which has a millimetre wave seeker that allows the missile to perform in full fire and forget mode. Its range is 8km to 12km.

The Apache can be equipped with air-to-air missiles (Stinger, AIM-9 Sidewinder, Mistral and Sidearm) and the advanced precision kill weapon system (APKWS), formerly known as Hydra, family of guided and unguided 70mm rockets. Plans to arm the Apache with the advanced precision kill weapon system (APKWS) II, a laser-guided version of the Hydra, were shelved in the FY2008 budget. The US Army awarded BAE Systems a development contract for the APKWS II in April 2006.

The Longbow Apache carries the combination of armaments chosen for the particular mission. In the close support role, the helicopter carries 16 Hellfire missiles on four four-rail launchers and four air-to-air missiles.

AH-64D Longbow Apache is equipped with the Northrop Grumman millimetre-wave Longbow radar. The Longbow fire control radar incorporates an integrated radar frequency interferometer for passive location and identification of radar-emitting threats. An advantage of the millimetre wave is that it performs under poor visibility conditions and is less sensitive to ground clutter. The short wavelength allows a very narrow beamwidth, which is resistant to countermeasures.

Longbow Apache can conduct an attack in 30 seconds. The radar dome is unmasked for a single radar scan and then remasked. Processors determine the location, speed and direction of travel of a maximum of 256 targets.

The target acquisition designation sight, TADS (AN/ASQ-170), and the pilot night vision sensor, PNVS (AN/AAQ-11), were developed by Lockheed Martin. The turret-mounted TADS provides direct-view optics, television and three-fields-of-view forward-looking infrared (FLIR) to carry out search, detection and recognition, and Litton laser rangefinder / designator. PNVS consists of a FLIR in a rotating turret located on the nose above the TADS. The image from the PNVS is displayed in the monocular eyepiece of the Honeywell integrated helmet and display sighting system (IHADSS), worn by the pilot and copilot / gunner.

Lockheed Martin has developed a new targeting and night vision system for the Apache, using second-generation long-wave infrared sensors with improved range and resolution. The new system is called Arrowhead and has a targeting FLIR with three fields of view, a dual field-of-view pilotage FLIR, a CCD TV camera, electronic zoom, target tracker and auto-boresight.

Arrowhead entered production in December 2003 and the first unit was delivered to the US Army in May 2005. The first Arrowhead system was integrated to the Apache helicopter in June 2005. The 500th delivery was made in 2008 and the remaining deliveries were completed as scheduled. The US Army has also placed follow-on contracts for additional Arrowhead fittings to its fleet of Apaches, increasing the total number of Arrowhead integrations for the US Army.

A contract to equip the UK AH Mk1 helicopters with Arrowhead was placed in May 2005. The first two were delivered in November 2008 and deliveries concluded in 2010.

US Army Longbow Apaches were to be fitted with the ITT AN/ALQ-211 SIRCM (suite of integrated radio frequency countermeasures) suite. However, the availability of funding for this project is uncertain.

The Apache is equipped with two turboshaft engines, each providing 1,265kW. The American AH-64D has General Electric T700-GE-701 engines and the UK Apache is fitted with RTM322 engines from Rolls-Royce / Turbomeca.