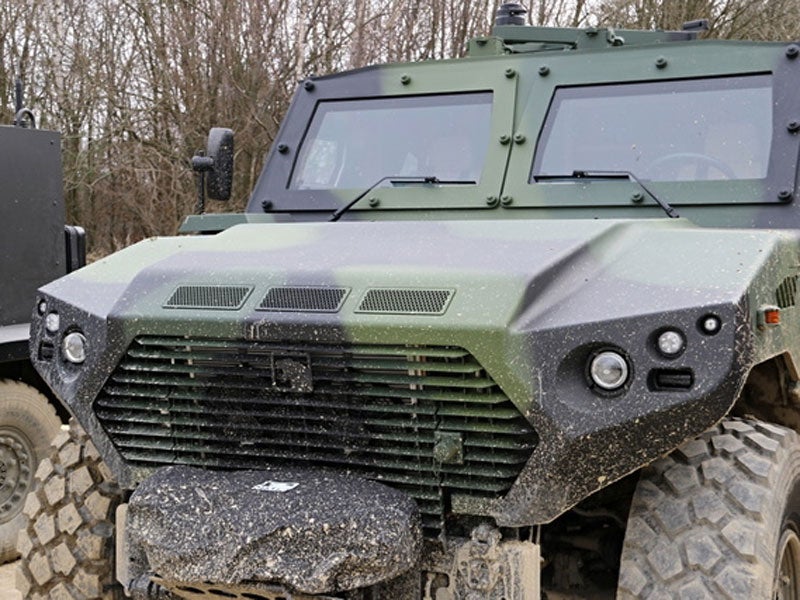 AJBAN 440A is a multi-purpose protected patrol variant of the AJBAN-class of 4×4 tactical vehicles designed and developed by NIMR Automotive, a military vehicles manufacturer based in the UAE.

Featuring modular design, the vehicle can be configured for a variety of tactical missions such as reconnaissance, surveillance, patrol, combat, CBRN defence, command and control, and transportation.

The vehicle’s capabilities were demonstrated to the Czech Republic Ministry of Defence in Vyskov in February.

NIMR entered an agreement with VOP CZ in the same month to market, distribute and manufacture its vehicles, including AJBAN 440A to Poland, Slovakia, Hungary, and the Czech Republic.

AJBAN 440A design and features

Based on a 4×4 chassis, the AJBAN 440A armoured vehicle features a double crew cab and an open-top cargo compartment. It has a length of 5.6m and a wheelbase of 3.3m, while its height and width are 2.35m.

With a gross weight of 10,750kg, the vehicle can carry mission payloads weighing up to 1,200kg.

The armoured crew cabin can hold up to four personnel, including a driver and a commander. The personnel enter or leave the vehicle through two doors fitted on either side. A bullet-proof glass window is provided on each door to provide situational awareness and ballistic protection for crew members.

The standard configuration of the vehicle is equipped with a self-recovery winch, a self-sealing protected fuel tank, and a battery management system.

The AJBAN 440A armoured vehicle features a remotely operated turret on a ring mount fitted to the roof of the crew cabin. The turret can be armed with a variety of weapons based on the mission requirements.

The standard configuration uses a 12.7mm heavy machine gun for self protection from light armoured vehicles, personnel and military installations.

Crew survivability can be further improved through the addition of up to eight smoke grenade launchers.

The AJBAN 440A tactical vehicle comes with advanced protection capabilities for defence against ballistic threats, improvised explosive devices (IEDs) and mine blasts.

The crew and passenger compartments can be fitted with an overpressure protection system to safeguard the occupants against chemicals, biological, radiological and nuclear (CBRN) threats.

Protection from rocket-propelled grenades (RPGs) can be achieved through the installation of a RPG protection net. A fire suppression system can be installed to extinguish fire in the vehicle.

Ballistic protection is provided to the compartment to safeguard the engine from fragmentation and small arms fire.

The vehicle can be optionally equipped with a winterisation kit to meet vehicle heating requirements in cold weather conditions.

An optional day / night thermal sighting system, consisting of electro-optical and thermal cameras, can be fitted to the turret to provide the commander and gunner with the ability to engage targets at night or during the day.

The vehicle can also be integrated with a C4I (command, control, communications, computers, and intelligence) system for intelligence and surveillance missions.

Driven by a 221kW diesel engine, the AJBAN 440A armoured protected vehicle can achieve a maximum speed of 110km/h and a cruising range of 700km when travelling at a speed of 100km/h.

A six-speed automatic transmission system enables the engine to run at a rotational speed of 1,500rpm to develop a torque of 1,100nm.

The engine and transmission systems are mounted in the forward portion of the vehicle and offer improved fuel economy.

The vehicle is equipped with two circuit air-over hydraulic brakes, which are aimed to provide increased safety by controlling two wheels each.

The tactical vehicle has the ability to climb grades of 60% and 0.4m-high steps. It can traverse through 1m-deep waters and has a kerb-to-kerb turning circle diameter of ±0.5m.