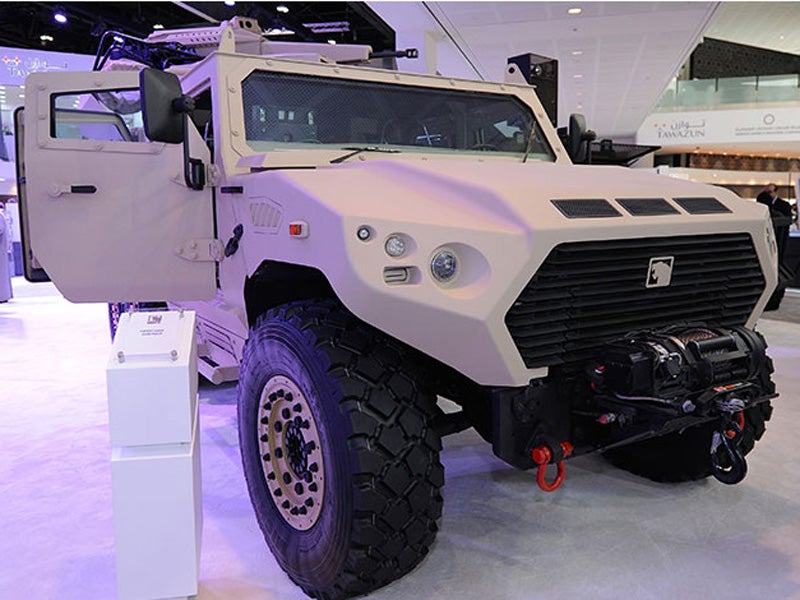 The AJBAN SOV was launched during the 2015 International Defence Exhibition (IDEX 2015), which was held in February 2015. The vehicle underwent a range of evaluation desert trials across rough terrains in the region.

The vehicle was also demonstrated at the eighth Annual Warrior Competition, held in May 2016, at the King Abdullah II Special Operations Training Centre (KASOTC) in Amman, Jordan.

The SOV can be deployed in reconnaissance, patrol, border surveillance, logistics support, and command and control missions.

The AJBAN SOV is based on the NIMR 4×4 chassis. It offers accommodation for four crew members and can be optionally fitted with an additional seat for carrying additional occupant. The platform offers superior 360° situational awareness.

The open architecture of the vehicle allows for the integration of communication systems, as well as C4I systems including wireless devices, intercom, antenna base and battle management systems, night-vision and day-vision systems, observation systems and monitors.

The SOV is fitted with a military-grade power management system to power the customer-specific equipment aboard the vehicle. Other optional equipment includes a fire extinguisher, a fire suppression system and an external searchlight.

The vehicle is fitted with a high-mounted gun ring for mounting a 7.62mm or 12.7mm machine gun. It can also integrate gun mounts for all crew members.

"The vehicle is capable of attaining a maximum speed of 110km/h and its fuel tank capacity of 180l allows long-range autonomous missions."

The vehicle can be optionally hinged with ballistic and blast armour to protect the crew against small arms fire, roadside bombs and mines. The survivability can be further increased through the installation of heat signature management system, rocket-propelled grenade (RPG) protection system, and nuclear biological and chemical (NBC) system.

The AJBAN SOV is fitted with a Cummins ISBe 300 6.7l, six-cylinder diesel engine coupled to Allison 3000SP six-speed manual / automatic transmission. The engine develops a maximum power of 296hp at 2,100rpm and maximum torque of 1,100Nm at 1,200rpm.

The vehicle is capable of attaining a maximum speed of 110km/h and its fuel tank capacity of 180l allows long-range autonomous missions. The light and powerful platform is fully air-transportable for rapid deployment in remote locations.

The AJBAN SOV is equipped with hydraulic power-assisted steering and air over hydraulically actuated disc brakes. The double wishbone independent suspension with coil springs and hydraulic dampers ensures high mobility in all terrains. Primarily designed for operations in harsh desert conditions, the vehicle also performs missions in all climatic conditions.

The vehicle is also fitted with run flat tyres and a central tyre inflation system for high tactical mobility across rough terrains.