The Swedish Government has confirmed the completion of the Afghanistan evacuation mission and that all Swedish personnel have left the conflict-ridden nation.

In a press statement, Swedish Armed Forces noted that a total of 22 flights were carried out and more than 1,100 individuals were evacuated.

“The operation will not be deemed completed by the Swedish Armed Forces until all Swedish personnel have returned to Sweden.” 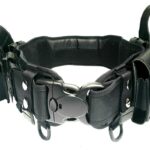 Separately, the New Zealand Defence Force (NZDF) has announced the completion of evacuation and noted that the majority of NZDF personnel involved in the mission have now returned to the country.

According to the NZDF, the Royal New Zealand Air Force C-130 Hercules completed three flights to Kabul during the evacuation mission.

The humanitarian effort involved hundreds of staff from other government agencies and international partners.

“Our thoughts are with those New Zealand visa holders still in Afghanistan who wanted to evacuate but have been unable to.”

The return of NZDF personnel was performed in a phased manner with a small number of logistics support staff remaining in the UAE. They are expected to return to New Zealand in the middle of this month.