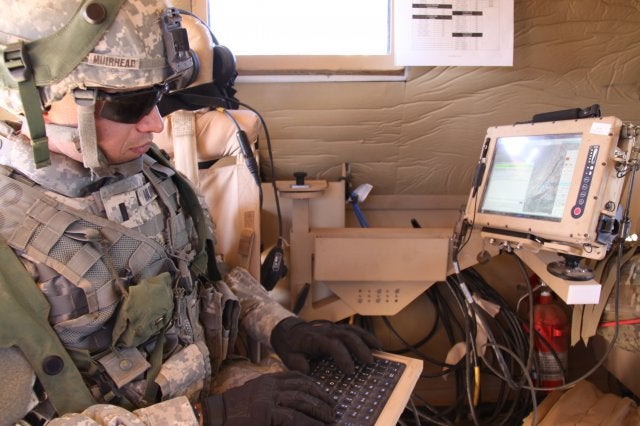 The US Army is readying to field its next-generation Blue Force Tracking 2 (BFT 2) technology for the first time in Afghanistan to provide soldiers with advanced communication capabilities.

BFT 2 product manager lieutenant colonel Bryan Stephens said that the upgraded satellite network would offer real-time force tracking data to the troops on a digital map display screen, as well as enhancing speed and refresh time of the system.

"The resulting increased volume of traffic improves accuracy of moving platforms by a factor of ten."

The BFT 2 is considered as full duplex capability, which helps the system receive and transmit the data simultaneously, as opposed to the currently used half-duplex BFT technology, which permits simultaneous sending or receiving.

A primary component of the technology is the joint battle command-platform (JBC-P), which delivers combat-relevant position-location information to both army and Marine Corps units on-the-move, using advanced mapping technology, chat and messaging, as well as an improved user graphical interface.

"BFT 2 provides more bandwidth, which allows the system to update the blue picture much more often."

JBC-P product manager lieutenant colonel Mark Daniels said: "JBC-P’s chat is more interoperable with a wider population of systems because it communicates with an intermediary known as the universal collaboration bridge."

The software can be installed into vehicle displays or into hand-held mobile units of the dismounted soldier, where it also features an additional Nett Warrior programme to obtain and transmit data through a soldier radio waveform (SRW).

SRW is used by the single-channel joint tactical radio systems (JTRS) Rifleman radio, which will help troop relay information to units even after losing contract with satellite systems.

BFT 2 completed limited user test in October 2011, and has already been deployed to units in South Korea, while Afghanistan deployment is expected in the near future.

Image: A US soldier uses the chat function of joint capabilities release during the network integration evaluation 12.1 in October 2011. Photo: courtesy of Claire Heininger Schwerin.