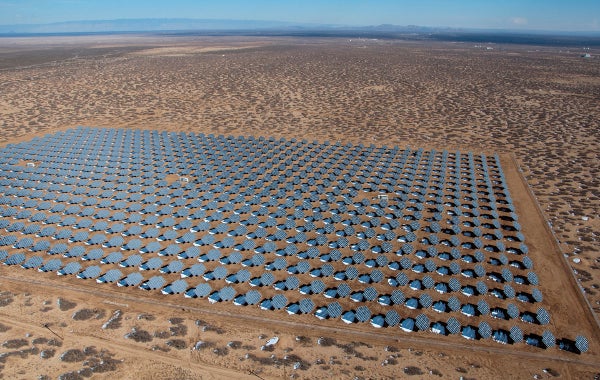 The US Army Corps of Engineers (USACE) has completed installation of a 4.465MW solar power system at White Sands Missile Range in New Mexico, US.

Developed as part of the energy savings performance contract (ESPC), awarded and managed by Army Engineering and Support Center, the system is designed to provide the army with guaranteed energy savings of 35,358MW annually, as well as lowering its energy consumption by 10%.

The power generation system is owned, operated and maintained by a third-party contractor, Siemens Government Technologies, under an energy services agreement (ESA) with the army in return for a share of the generated savings.

Huntsville Center ESPC programme manager Will Irby said the ESPC concept was a first for the army and also lowered the project cost by $6.1m.

The project is owned by Bostonia Group through the ESA agreement, while construction of the $16.5m system began in July 2012 and was completed in December that year.

Image: An aerial view of the solar photovoltaic array at White Sands Missile Range in New Mexico, US. Photo: courtesy of Solaria.