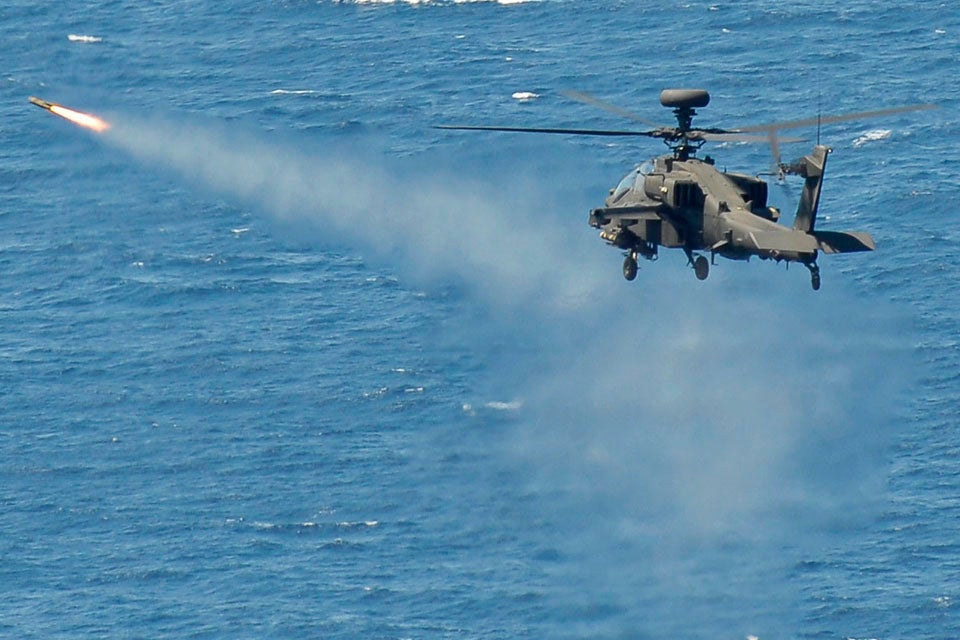 Valued at £15m, the contract for additional missiles follows a reduction in the UK’s stocks due to successful firings by Apache attack helicopters during the army’s combat operations in Afghanistan and training programmes.

"This order will ensure the Apache’s attack capability remains in place for current and future operations," Dunne added.

Apache Force commander colonel Andy Cash said the missile has saved the British and Afghan soldiers lives in Afghanistan, as well as playing a significant role in UK’s air campaign in Libya.

"It is an extremely reliable missile and without doubt the weapon of choice for the Apache pilot and ground force commander," Cash said.

"This order will ensure the Apache’s attack capability remains in place for current and future operations."

Manufactured by Lockheed Martin, the AGM-114 Hellfire is a precision-strike, multi-purpose AGMS designed primarily to provide anti-armour capabilities for attack helicopters against a wide range of targets in the battlefield.

Designed for launch from multiple air, sea, and ground platforms, the 100lb missile features semi-active laser seekers, guidance computer, steering control and propulsion systems, and can be used by lock-on before or after launch for enhanced platform survivability.

A total of 16 missiles can be mounted onto Apache helicopter in sets of four beneath its stub-wing pylons.

Serving in combat since the mid-1980s, Hellfires have widely been used during operations in Panama, the Persian Gulf, Yugoslavia, as well as recent operations in Iraq and Afghanistan.