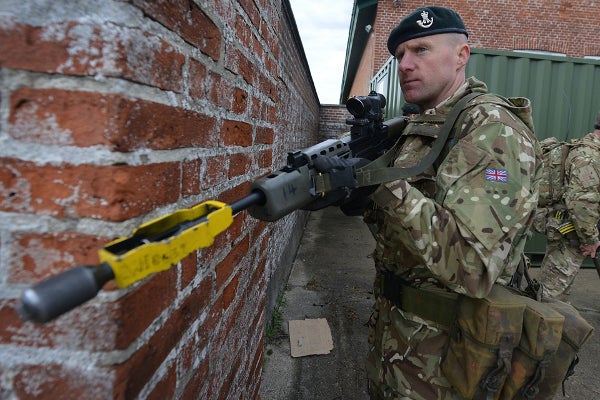 The UK Army Reservists from 7th Battalion The Rifles have participated in Exercise Viking Star with The Royal Danish Army personnel in Denmark, to prepare for future operations.

The reservists were also introduced to the Danish battlefield training system, which involved use of non-lethal training ammunition, also called simunition, in attacks against protected enemy forces.

During the exercise, sections of riflemen under the control of Danish non-commissioned officers (NCOs) were deployed to multiple locations across the Jutland region, with differing guard response requirements.

"Although there may be differences between the Danes and the British reserve forces, they are all soldiers and have the same core bond."

The 7th Rifles commanding officer lieutenant colonel James Bryant said: ”In the future, we can expect to work on operations together and, although there may be differences between the Danes and the British reserve forces, they are all soldiers at the end of the day and have the same core bond.”

Initiated in 2012, Exercise Viking Star is aimed at offering reserve forces the experience of deploying abroad to work alongside foreign forces in a complex urban environment.

The drill is one of several new overseas training exercises that have been made available to the Reserves following announcements of the UK Ministry of Defence’s (MoD) Army 2020 structure, which seeks cuts to the full-time force and increase in reservists numbers, to help the country better address security challenges of the 2020s and beyond.