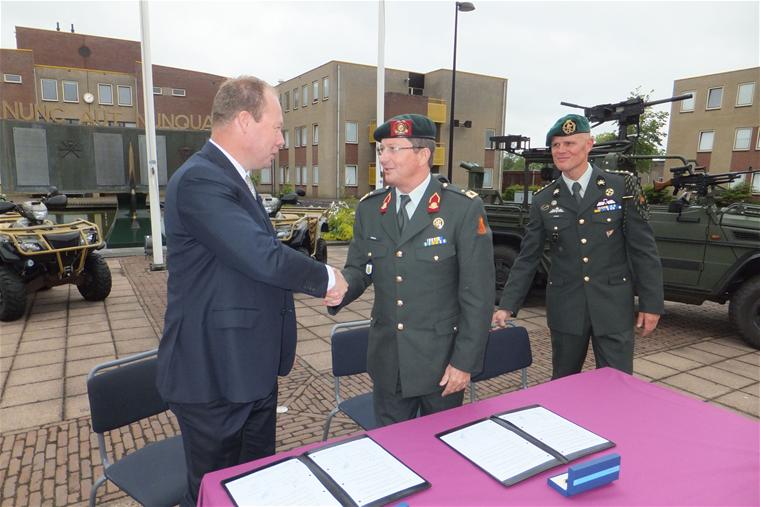 Around 50 ATTVs have been ordered by the country’s Defence Materiel Organisation (DMO) from Defenture under an unspecified contract signed on 3 July.

Scheduled to replace some of the Dutch Commando Corps’ existing Mercedes-Benz 290GD Wagon all-terrain vehicles, the new ATTV will be powered by a five cylinder petrol engine, and provide soldiers with improved mobility in rough terrain.

Adapted for use in all weather conditions, the vehicles will be fitted with advanced communication systems, a winch, smoke grenade launcher, and two holders for machine guns, in addition to TenCate’s extra armour.

"The vehicle is air-transportable by Chinook helicopters as the Commando Corps are also sometimes dropped by the aircraft in combat zones."

The vehicle is air-transportable by Chinook helicopters as the Commando Corps are also sometimes dropped by the aircraft in combat zones.

Vehicle deliveries are expected to start in early 2015, although the contract’s delivery schedule has not been disclosed by TenCate.

Powered by a standard 2.9l OM602D29 turbo-diesel engine, 290GD is a four wheel drive vehicle primarily used for transport of troops and equipment, and can also be configured to conduct reconnaissance missions.

Available in versions for transport of goods and personnel, ambulance, and special configurations for command vehicle or air defence, the ATTV has been used by the Netherlands Army during operations in Bosnia, Iraq and Afghanistan.