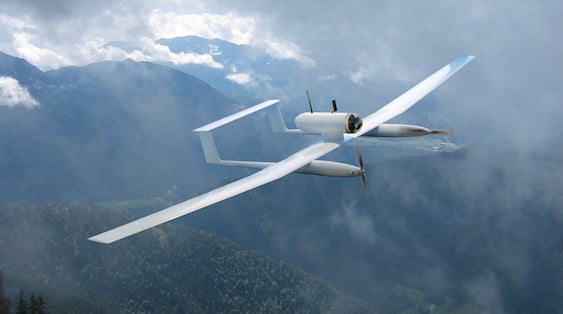 Received along with Kapsch Group, the contract covers six hand-launched systems, each consisting of three aircraft, marking the first operational deployment of mini-UAS with the Austrian military.

The contract is valued at €3m, and forms part of the Austrian Ministry of Defence’s (MoD) €18m UAV acquisition programme, IHS Janes reports.

Survey Copter managing director Jean-Marc Masenelli said: "We are very proud to have been selected to introduce mini unmanned air systems with the Austrian forces, a further mark of Cassidian and Survey Copter European’s credibility and leadership in this particularly fast-growing sector."

"The fully-automatic, backpackable UAS can be deployed in all weather conditions."

Additional features include visible-light and infra-red (IR) high-resolution cameras, which are integrated in a three-axis gyro-stabilised plug and play turret, called the "T120," which is specifically developed by Survey Copter.

The ground control station (GCS) includes two PCs and control units with joysticks, and is coupled to a data link antenna that tracks the aircraft in real-time.

The drones are scheduled to be evaluated in line with the Austrian Armed Forces’ capability development plan, to help the MoD in deciding a further acquisition of mini-UAS between 2016 and 2017.