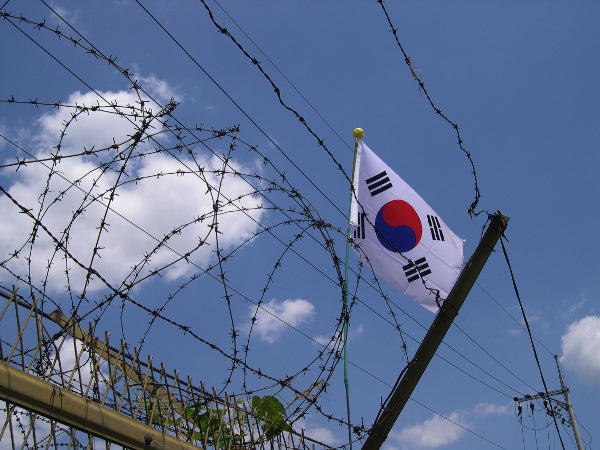 Blighter Surveillance Systems (BSS) has been awarded a contract for delivery of additional Blighter B400 electronic-scanning radar systems to the South Korean Armed Forces.

The company has not disclosed the value of the deal.

Following the delivery, the radars will used for monitoring of the Korean Demilitarised Zone (DMZ), a 250km strip of land running across the Korean Peninsula, and serves as buffer zone between North and South Korea.

The Blighter long-range ground surveillance radars are already offering surveillance capability to South Korea along the DMZ, which has environmental extremes of -30°C in winter and a humid 40°C in summer.

Working 24 hours a day, 365 days a year, the radars monitor the DMZ for any human, vehicle or low-flying aircraft incursions.

Blighter Surveillance Systems CEO Mark Radford said the contract demonstrates that the B400 radars have proven to be effective in extreme weather conditions and in rocky terrain.

”The customer has also seen that the radars really do remain operational without any routine maintenance," Radford said.

"The radars monitor the DMZ for any human, vehicle or low-flying aircraft incursions."

The latest generation of BSS’s e-scan ground surveillance radars (GSR), the B400 is designed to scan and detect very small and slow targets, such as moving vehicle and humans, including crawlers, even in cluttered environments up to 32km away.

The electronically covert radars are currently operational in over 15 countries worldwide in commercial, government and defence markets.

Radford said: "The radars are used at Heathrow and other international airports, by The British Army for force protection, and in numerous border security and asset protection applications."