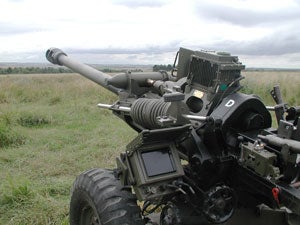 Valued at a combined €11.5m, the contract covers deliveries of the gun-mounted navigation, pointing and weapon management system to the New Zealand Defence Force (NZDF), Polish Army, and the UAE.

Selex ES radar and advanced targeting senior vice-president Alastair Morrison said the contracts were particularly important as the export markets are believed to play a central role for the company’s business in the next few years.

"The LINAPS has been proven to deliver accurate and reliable data in all operations, time and time again and we’re proud that artillery detachments are able to rely on the system," Morrison said.

A total of five FIN3110 units will be fitted into each Jobaria system, including one in the cab to assist with navigation and fire-control missions, while the remaining four will be used by the platform’s four missile cradles to enable each launcher to aim independently.

"The LINAPS has been proven to deliver accurate and reliable data in all operations, time and time again."

Mounted on howitzers and gun systems, the LINAPS is a combat-proven navigation system, designed to enable rapid and accurate artillery deployment in all weather conditions, and both day and night.

Currently operated by the UK Royal Artillery in Afghanistan, the system is also in-service with the armies of Canada, Malaysia and Thailand.

Based on the same ring laser-gyro technology as the LINAPS, the FIN3110 INU offers a continuous and precise navigation solution for platform crews in the battlefield.