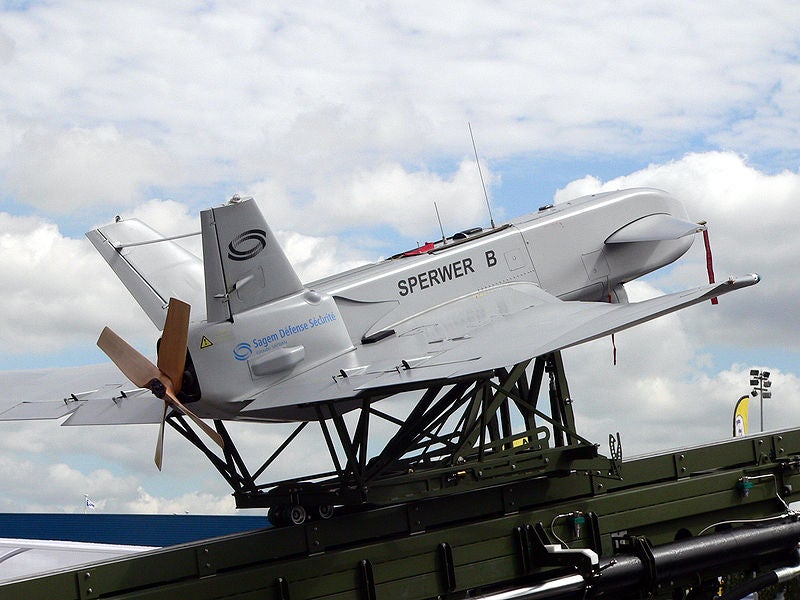 The contract includes all maintenance, repair and technical support services for systems currently in service with the Army until 2014.

The type MC2555LLR pneumatic catapults are lighter and smaller than the first-generation catapult systems.

Besides catapults, Sagem has also made other upgrades to improve the drone’s capabilities which include integration of the NATO standard 4609 interoperability modems in the ground stations to help Sperwer transmit real-time geo-referenced video streams over French and allied command and Intelligence networks.

Additionally, the company has also delivered the portable Remote Video Terminals (RVT) to improve image reception and also to enhance the protection of troops and convoys, as well as to confirm fire support orders.

The optronics modules under the contract will be produced at the company’s Dijon and Poitiers facilities, while, Sagem’s Montluçon plant will work on the ground segment and the aircraft.

Since 2003, Sperwer drones have been deployed by the 61st Artillery Regiment to perform missions for French and Nato forces, including intelligence, route reconnaissance and artillery guidance in Afghanistan.

To date, a total of 25 complete Sperwer UAV systems have been produced by the company.

The Military Aircraft Market in France to 2025: Market Brief

The Military Aviation Market in France to 2024: Market Brief