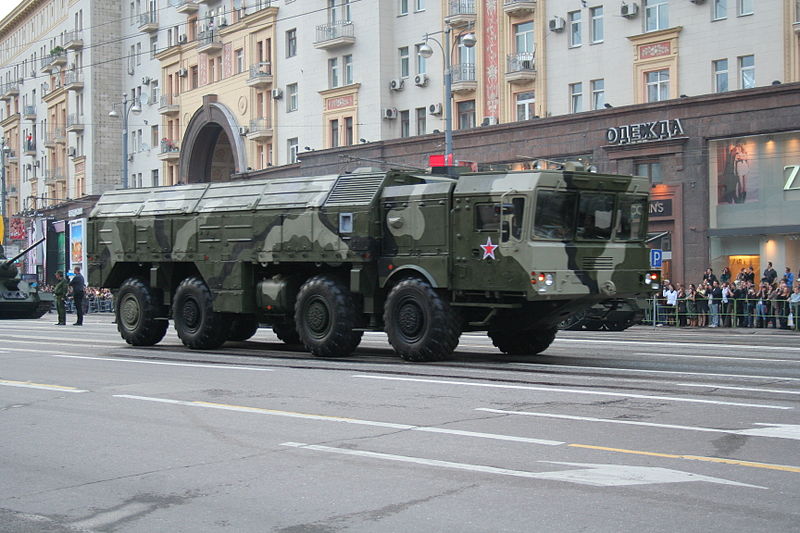 The Russian Ministry of Defence (MoD) is planning to equip all ground forces’ missile brigades with Iskander-M ballistic missile systems by 2018, the country’s defence minister Sergei Shoigu has announced.

Shoigu was quoted by RIA Novosti as saying that an advanced Iskander-M missile complex has already been delivered to a missile brigade in southern Russia’s Astrakhan Region.

The complex was handed over in a complete set, as opposed to the previous practices of delivering ‘piecemeal’, Shoigu added.

Noting that the missile is capable of effectively engaging two targets present at a range of up to 280km within a minute, the defence minister also stressed the significance of ensuring high-standards for personnel training and the construction of new infrastructure for effective operation of the system.

Iskander-M is an enhanced version of the Russian Army’s existing 9K720 Iskander mobile theatre ballistic missile system, which is designed to engage a range of ground targets, including command posts and communications nodes, troops in concentration areas, air and missile defence facilities and fixed and rotary-wing aircraft at airfields.

Having an operational range of 400km with a potential for extension, the missile, also known as SS-26 Stone, features inertial and optical guidance systems for improved firing accuracy and electro-optical (EO) seeker for self-homing capabilities.

Additional features include two solid-propellant single-stage 9M723K1 guided missiles with quasi-ballistic capability and a non-ballistic flight path that makes it difficult for the enemy to predict their exact location.

The missile was also considered for deployment in the country’s westernmost Kaliningrad Region by former Russian President Dmitry Medvedev to help counter any potential threats posed by the US-led NATO anti-missile defence (AMD) shield in Europe, which Moscow fears will lessen its own strike capabilities.

The Missiles and Missile Defense Systems Market in Russia to 2024: Market Brief