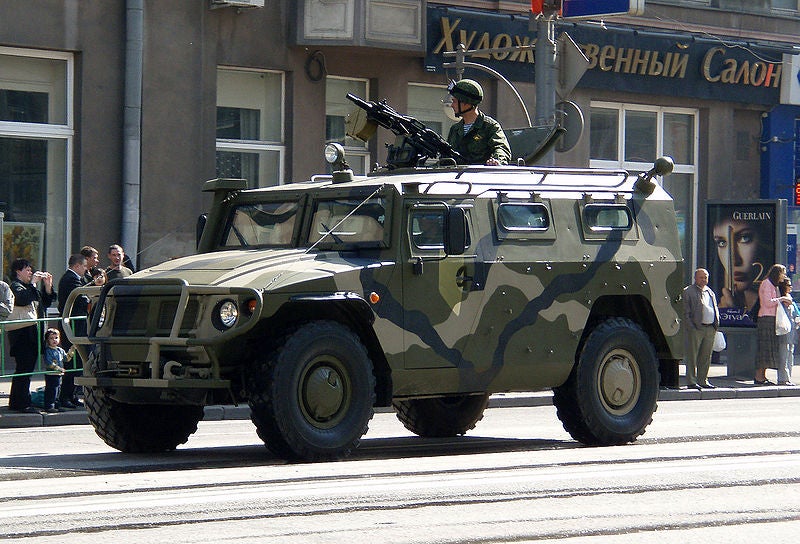 The Russian Ministry of Defence (MoD) will begin serial procurement of a range of mobile and modern vehicles for use by the national army, the country’s defence minister Sergei Shoigu has announced.

Shoigu was quoted by RIA Novosti as stating that the vehicles are required to transport troops and supplies to areas of military activity.

The defence minister did not disclose the vehicle type, the number or acquisition timeframe.

However, Russian Ground Forces commander Vladimir Chirkin told the news agency in January that the MoD was planning to acquire domestically built Tigr vehicles in preference to a follow-on contract for the Italian Lynx light-multirole armoured vehicles (LMVs).

Moscow has signed a $24m contract with Iveco Defense Vehicles for the purchase of a total of 60 Lynx vehicles, including the semi-knocked down assembly in the central Russian city of Voronezh, following deliveries in December 2011.

Manufactured by Military Industrial Company (MIC) at the Arzamas machine-manufacturing plant, the SPM-2 GAZ-233036 Tigr is a high-mobility multipurpose military vehicle designed for troop and cargo in the battlefield.

Equipped with a powerful diesel, turbocharged, air-cooled engine and five-speed manual transmission, the vehicle can carry up to nine personnel or 1.2t of cargo at a maximum speed of 150km/hr.

Image: A GAZ-2975 Tigr vehicle during the rehearsal of Moscow Victory Parade. Photo: courtesy of Digr.