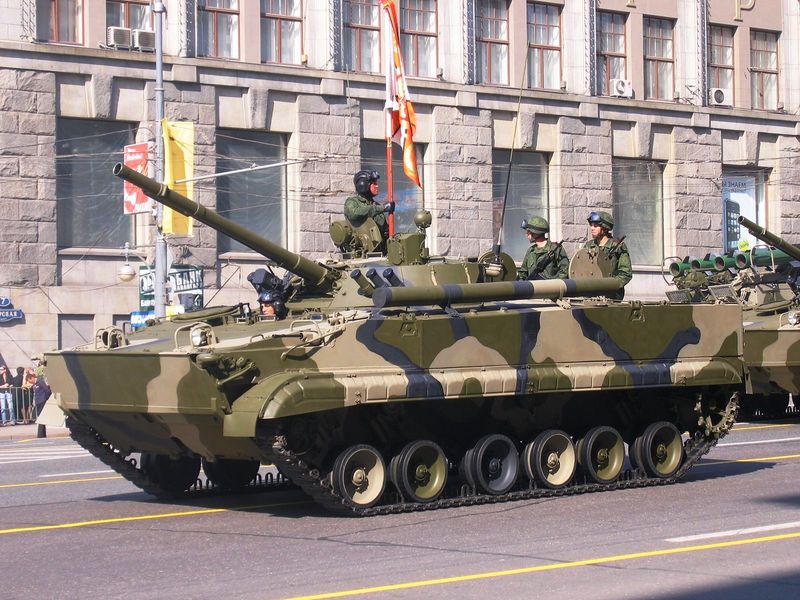 The Indonesian Ministry of Defence (MoD) is negotiating a contract with Russian state-controlled arms exporter Rosoboronexport, for supply of its BMP-3F infantry fighting vehicles (IFVs) to the Indonesian Army.

Ministry spokesman, Brigadier General Hartind Asrin, was quoted by VIVAnews as saying that the MoD and the Indonesian Army were still looking through the light-weight tanks purchase contract.

Asrin, however, refused to reveal the contract budget and the number of BMP-3F units that Indonesia will procure from Rosoboronexport.

"It is still in the pre-audit stage. The contract signing will follow. After that, we can find out how many units we're buying," Asrin added. "The pre-audit will be completed in two weeks."

The selection of the BMP-3F is in agreement with the Indonesian Army's specification as the user of these light-weight tanks, according to Asrin.

According to RIA Novosti, Indonesia is planning to purchase a total of 37 vehicles under a contract worth more than $100m, which will be implemented under the $1bn export credit granted to Indonesia by Russia in 2007.

Rosoboronexport deputy head, Viktor Komardin, told RIA Novosti that the purchase contract is expected to be signed by the end of April 2012.

Manufactured by Kurganmashzavod, the BMP-3F is an infantry combat vehicle, intended for naval infantry units and border and coast guard forces, for combat actions in coastal zones and amphibious landing operations.

The vehicle is armed with a 100mm gun, which is capable of firing 9M117 Bastion laser-guided, anti-armour missiles, as well as ordinary HE-FRAG projectiles. It is also equipped with 7.62mm machine guns and anti-tank missiles for direct combat purposes.

Russia has so far delivered 17 BMP-3Fs to Indonesia, which are operated by the Indonesian Marine Corps.
The vehicles are also in service with Russia, Cyprus, Greece, Kuwait, South Korea, Ukraine and the UAE.

Image: A BMP-3 vehicle during rehearsal training for the 2008 Moscow May Parade. Photo courtesy of: Vovan.