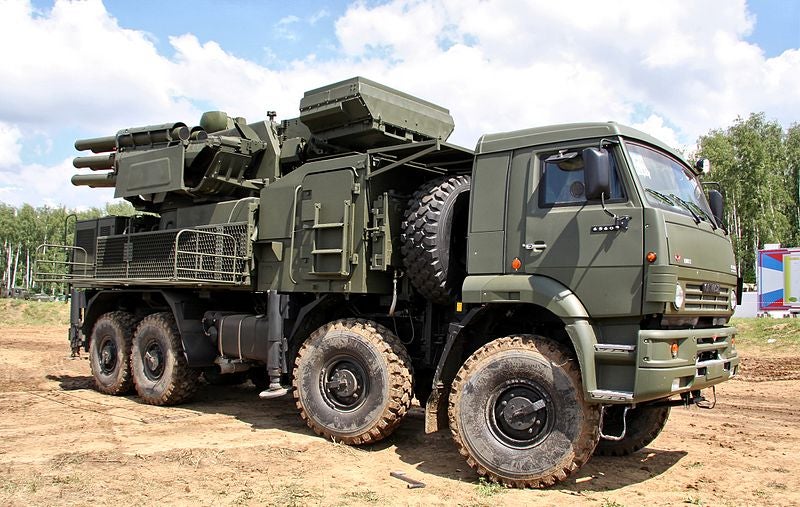 The Russian Army will conduct live firing tests of its Pantsyr short-range gun-missile system against cruise missile targets at a range in northern Russia, a government official has revealed.

The source was quoted by RIA Novosti as saying that the trials would represent the missile’s first live firing tests against real-time cruise missile targets.

"The system has been flown several thousand kilometres to an airfield near the Pemboi Range in the Komi Republic, after which it will be driven to the firing range," the official said.

During previous test firing attempts, the missile was launched against simulated cruise missile targets, according to the official.

"The system has been flown several thousand kilometres to an airfield near the Pemboi Range in the Komi Republic."

Pantsyr is mounted on tracked and wheeled vehicles, as well as used in a stationary position for acquisition, tracking and engagement of high-precision targets at ranges of up to 20km and 4km using the missile and cannon respectively.

In addition to destroying underwater and surface light-armoured targets, the missile is also capable of providing defence against enemy stealth aircraft.