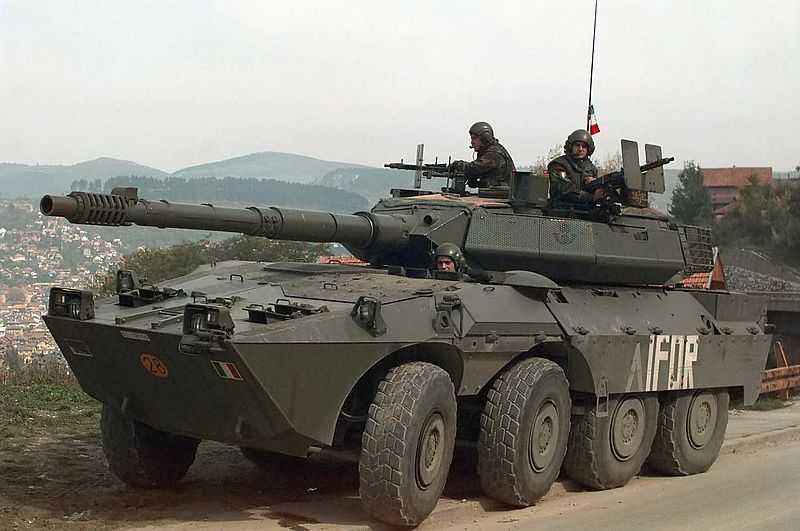 The Russian Army is testing the B1 Centauro 8×8 wheeled tank, built by Finnmeccanica subsidiary Oto-Melara at a Moscow Region proving ground.

The spokesman for the company was quoted by RIA Novosti as saying that the first two vehicles, armed with 105mm and 125mm guns, have arrived in Novorossiysk and are currently being evaluated by the army.

"Two more Centauros with 120mm and 30mm guns will also join the trials in another six weeks," the spokesman said. "The tanks will take part in laboratory, driving and firing trials."

Field trials are scheduled to be complete by the end of the year, following which Russia will consider creating a joint venture for production of the tank with an enterprise from the Russian military-industrial complex.

A source from the Russian state-arm exporter Rosoboronexport has revealed that Kamaz may also be involved in the deal.

Military-Industrial Commission first deputy head Yury Borisov said that Russia would only purchase foreign weapon models on a one-off basis to study the manufacturing technology and then set up its own production.

"The tanks will take part in laboratory, driving and firing trials."

Several military experts also have earlier told that the licensed production of the vehicles in Russia is doubtful.

Russia has also signed a deal with Italy for the semi-knocked down assembly of 60 Lynx light multirole armoured vehicles (LMVs) from Iveco Defense Vehicles in December 2011.

Developed by a consortium of Societa Consortile, Iveco Fiat and Oto Melara (CIO), the B1 Centauro tank destroyer is designed to undertake light medium territorial defence and tactical reconnaissance missions.

The 24t tank is equipped with 105mm/52 calibre low-recoil gun, 7.62mm coaxial machine gun, and 7.62mm anti-aircraft machine gun and is capable of firing while stationary or on the move, against moving or stationary targets during day or night.

The vehicle is already in service with the Italian, Oman, Spanish and US militaries in reconnaissance anti-tank variants.