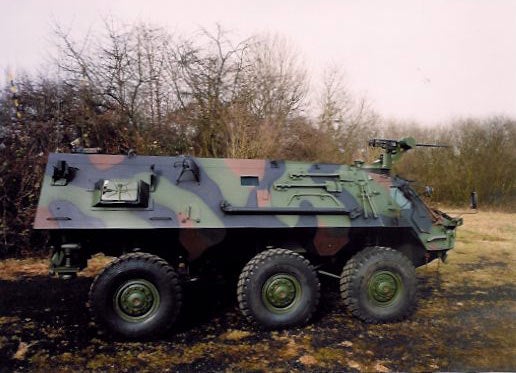 Rheinmetall Defence has been awarded a contract to deliver an advanced version of its Fuchs/Fox armoured vehicles to the German Army.

Under the terms of the €37m contract, Rheinmetall will supply seven Kampfmittelaufklärung und identifizierung (Kai) Fuchs/Fox vehicles to Bundeswehr for assistance in route clearance missions in Afghanistan.

Equipped with a multiple-joint, high-precision manipulator arm with a 10m reach and heavy-lifting capacity, the KAI Fuchs/Fox vehicle is specially configured for accurate detection and identification of roadside bombs, landmines and improvised explosive devices (IED) in the battlefield.

The manipulator arm enables explosive ordnance disposal (EOD) personnel to examine and identify unexploded ordnance and IEDs from a safe standoff distance without having to leave the fighting compartment.

The vehicle also eliminates the labour and time-intensive, potentially dangerous manual methods currently used by the army during peace enforcement and peacekeeping missions.

An advanced variant of the combat proven 6×6 Fuchs/Fox 1A8 wheeled vehicle, the KAI also features a special rescue platform that can be used for evacuation of personnel and equipment from danger zones.

"The vehicle is capable of surveying danger zones that are unreachable by Bundeswehr’s existing route clearance system."

Serving as a standalone EOD detection system to explore hotspots during convoy escort missions, the vehicle is also capable of surveying danger zones that are unreachable by Bundeswehr’s existing route clearance system (RCP).

The RCP features four vehicles, with two used for reconnaissance and IEDs mine-clearance missions, while the remaining two are operated as control and transport vehicles.

Deliveries under the contract are scheduled to take place between November 2013 and November 2014, with a proposed deployment to Afghanistan expected during the fourth quarter of 2014.