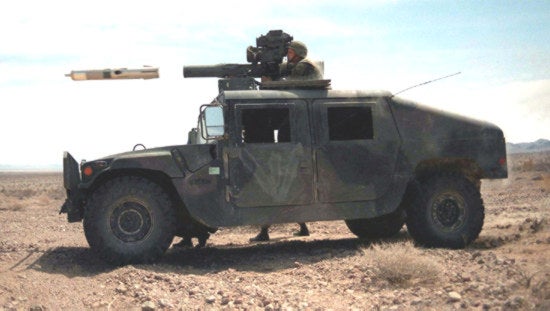 Raytheon Technical Services Company (RTSC) has received a contract from the US Army to provide logistics and engineering support services for its Tube-Launched, Optically-Tracked, Wireless (TOW) missile subsystems and related equipment.

RTSC president John Harris said RTSC and Raytheon Missile Systems‘ engineering and logistics solutions will support the TOW subsystems from Huntsville to Afghanistan and offer assurance to the warfighters that they have systems that perform anytime and everywhere.

The company has carried out work on the TOW missiles for the army since 1990.

Featuring multi-mission TOW 2A, TOW 2B, TOW 2B Aero and TOW Bunker Buster missile variants, the weapon system is a command line-of-sight system that requires the gunner to track the target until the missile impacts.

Capable of firing from ground systems, vehicles or helicopters, the missile has been used by the US forces in every conflict since Vietnam war and is currently used in Afghanistan.

Image: A TOW missile being fired from the US Army’s M998 High-Mobility Multipurpose Wheeled Vehicle.