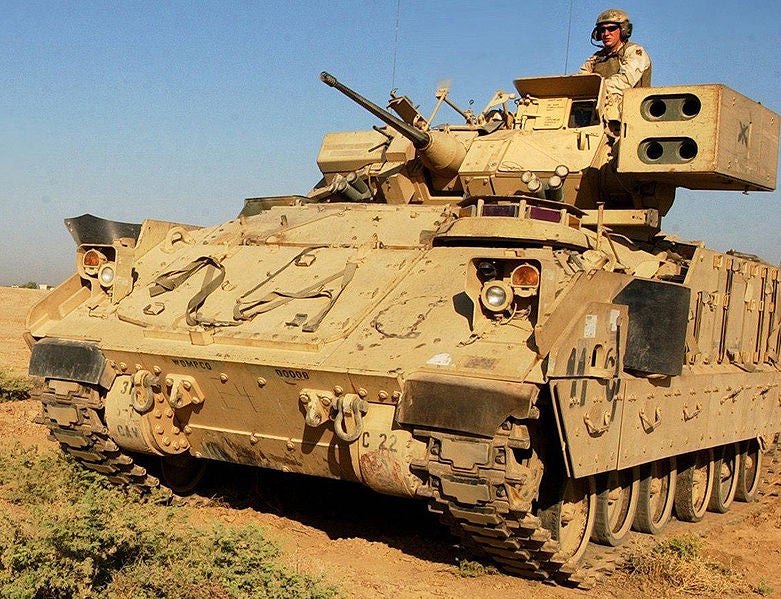 Raytheon’s BattleGuard modular weapon system has demonstrated its accurate target identification and engagement capabilities in multiple scenarios during a live-fire exercise at Fort Benning in Georgia, US.

The system, operating from a US Army’s A3 Bradley fighting vehicle, enabled operators to effectively engage enemy targets and vehicles at distances that exceed maximum effective ranges of the weapon systems.

Gunners and commanders taking part were also presented with a forward looking infrared (FLIR) video for detection, classification, recognition and identification of both stationary and moving targets on screen, simultaneously as the system intercepted them.

The BattleGuard is an integrated electro-optical / infrared (EO/IR) and visible sensor designed to enable precise target identification at ranges beyond its maximum operational scope to improve the commander’s mission capabilities.

Equipped with a weapon station, the plug-and-play system is primarily engineered for tracked and wheeled combat vehicles, and can be easily configured for mission requirements.

Also supported by the system due to its modular architecture are several hard and soft-launch missiles, including the Griffin, Javelin, Stinger and the tube-launched, optically-tracked, wireless (TOW) anti-tank missile.

The Battleguard was launched by Raytheon during the US Army Maneuver Conference, held in the state of Georgia in September.