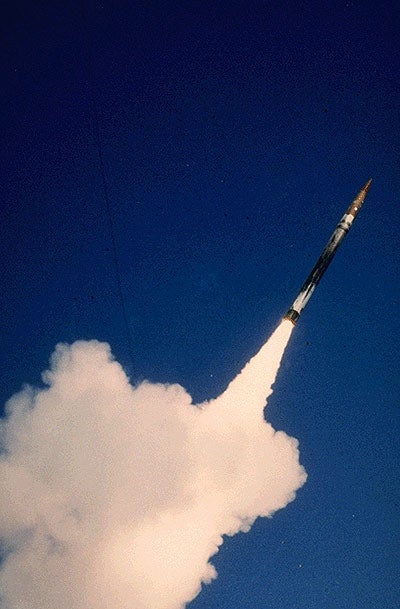 Valued at $60m, the initial contract funding will cover delivery of an LIOS production lot to Lockheed, which serves as the THAAD prime contractor and systems integrator.

"When the launch command is received, LIOS severs the missile from its launch canister, ignites the missile’s boost motor and later separates the vehicle from the spent booster."

"When the launch command is received, LIOS severs the missile from its launch canister, ignites the missile’s boost motor and later separates the kill vehicle from the spent booster," Sypek said.

During a missile-powered flight, the system is capable of terminating the flight if an unexpected irregular trajectory occurs.

PSEMC, which has supplied more than 100 LIOS ship-sets to date, also secured a separate $15m initial contract funding for production and supply of the thermally initiated venting system (TIVS) to Lockheed.

The TIVS system is a safety feature that ensures the missile does not become propulsive or risky to support crews in case of a ground fire.

LIOS’s assembly, integration and testing is scheduled to be carried out at the company’s facilities in California and Arizona, US.

Equipped with launchers, missiles, battle management/command, control, communications and intelligence (BMC3I) units and radars, the THAAD missile has been designed to intercept and destroy short, medium and intermediate ballistic missiles.

THAAD serves as a key element of the US ballistic missile defence system (BMDS) and is capable of engaging missiles at both endo and exo-atmospheric altitudes.