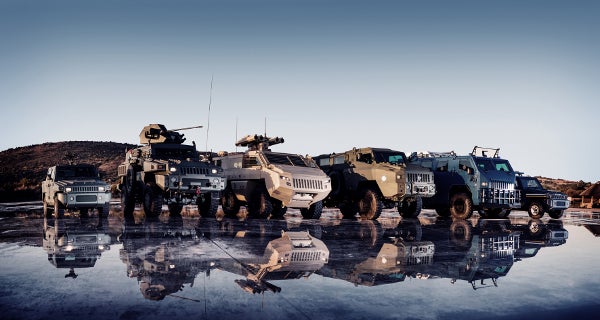 Announced at the 2013 International Defence Exhibition and Conference (IDEX) currently taking place in UAE, acquisition of the specialist armoured vehicle design and engineering firm is expected to augment Paramount’s offerings as it continues to expand and target new markets for growth.

"Bringing IAD into our group means that we now have an in-house design capability that will strengthen our competitive edge and deliver cutting-edge solutions," Ichikowitz said.

"Through this acquisition, Paramount will also be expanding its mentoring programme to train young African engineers."

"Bringing IAD into our group means that we now have an in-house design capability that will strengthen our competitive edge and deliver cutting-edge solutions."

IADSA CEO Ben Jansen said the acquisition offers opportunities to the existing customers and the wider market, and noted that the company would continue providing new technology to the market.

Founded in February 2000, IADSA is a provider of specialist in-house military vehicle design services, including systems engineering, concept and feasibility studies, prototyping and industrialisation, as well as vehicle electrical systems design to both local and international markets worldwide.

The company is also responsible for the design of the RG-34 Iguana 4×4 mine-protected vehicle (MRAP), which is claimed to be the world’s only 15t tactical vehicle capable of reaching speeds of 150km/h.

The company manufactures a family of armour-protected vehicles, including the Maverick, Mbombe, Matador and Marauder, and also introduced Advanced High-performance Reconnaissance and Surveillance Aircraft (AHRLAC) in 2011.