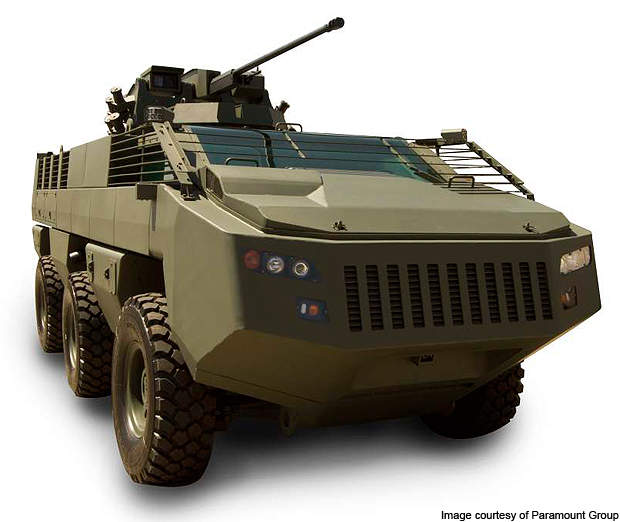 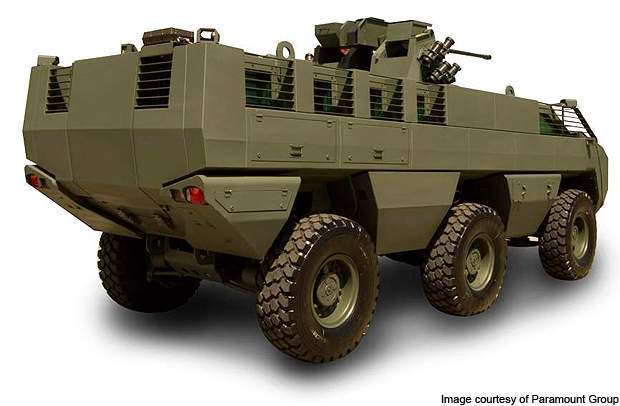 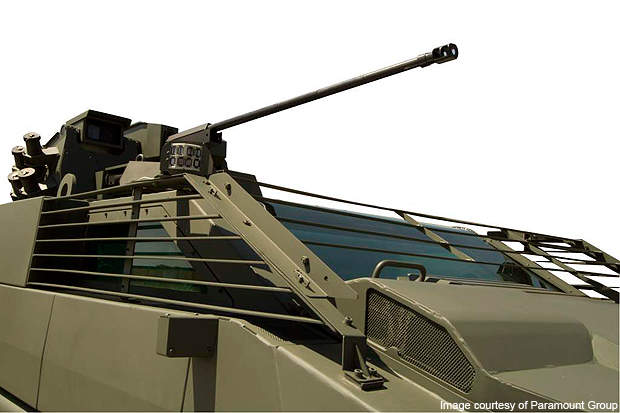 The main gun mounted on Mbombe is a dual feed 30mm calibre cannon. 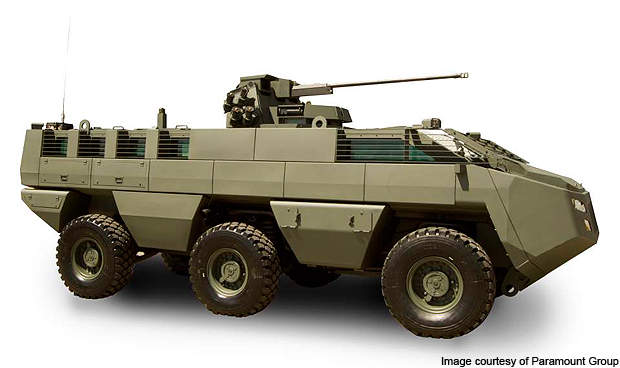 The Mbombe is a 6×6 armoured fighting vehicle (AFV) developed by Paramount Group. The high-mobility armoured infantry vehicle is suitable for a range of military roles. It was launched in September 2010 at the International Aerospace and Defence Exhibition AAD 2010.

Mbombe is the first vehicle of its kind to offer all-round protection against rocket propelled grenade (RPG) attacks, improvised explosive devices (IED) and anti-tank mines. The vehicle can be deployed in both conventional and non-conventional war and counter-insurgency operations.

The 6 x 6 wheeled vehicles is designed to carry significant payloads over all types of terrain, with extreme mobility. The three axle configuration provides excellent cross-country performance.

Mbombe has a highly versatile platform and can be modified to cater to military requirements across the world. The platform has a modern design and incorporates the latest technology to reduce overall height. The vehicle can be fitted with day / night vision equipment and sensors for better observation and engagement.

“Mbombe has a highly versatile platform and can be modified.”

The vehicle has ample space to accommodate a driver, commander, gunner and eight armoured infantrymen. The versatile platform allows the manufacturers to easily convert it into other variants.

This maximum commonality provides flexibility and reduces the overall cost of owning and using the vehicle.

Mbombe incorporates commercial-off-the-shelf (COTS) automotive assemblies and components supplied by volume-driven manufacturers. This will reduce the cost of ownership and increases the availability of components in the market.

The Mbombe can be configured for different roles. The armoured personnel carrier or armoured combat vehicle is mounted with a heavy machine gun. The vehicle can also be outfitted as a command vehicle, ambulance or other variant.

The Mbombe can be armed with a dual feed 30mm calibre cannon and a 7.62mm coaxial machine gun fitted to the right side of the main armament. There are four smoke grenade launchers mounted on each side of the turret.

The vehicle features a mine-resistant flat hull rather than a v-shaped hull, providing the vehicle a lower profile than other typical MRAP vehicles.

“The vehicle has extreme blast protection combined with high levels of defence to resist kinetic attacks.”

The vehicle has extreme blast protection combined with high levels of defence to resist kinetic attacks. The low silhouette reduces the target profile. The armoured hull can resist ballistic attack of up to STANAG 4569 Level IV.

Mbombe can withstand the blast of 10kg TNT anyplace under its hull or under any wheel section without tear.

The vehicle features anti-blast seats to prevent injuries to the crew from extreme acceleration after an explosion alongside or under the vehicle.

Modular armour protection can also be attached to the vehicle for additional defence against specific threats in any particular combat theatre. The vehicle offers crew protection against 155mm burst rounds and features special protection modules for IEDs. The windows of the vehicle are fitted with armour cages.

The Mbombe is powered by a 336kW 1600Nm Turbo Diesel engine coupled to 6-speed automatic transmission. The propulsion system provides a maximum speed of 100km/h on road.

Mbombe delivers sufficient power and retains its mobility characteristics even though it is configured as an AFV carrying modern automatic cannon. It is equipped with 6×6 wheeled chassis accommodating substantial loads over all types of terrain.

The vehicle has a turning circle of <20m and maximum road range of 700km. It can also be fitted with additional fuel tank to increase the range. It features pneumatic disc brakes and 395/85 R20 XZL tyres. The front and rear wheels have wheel base of 2550mm and 2280mm respectively.