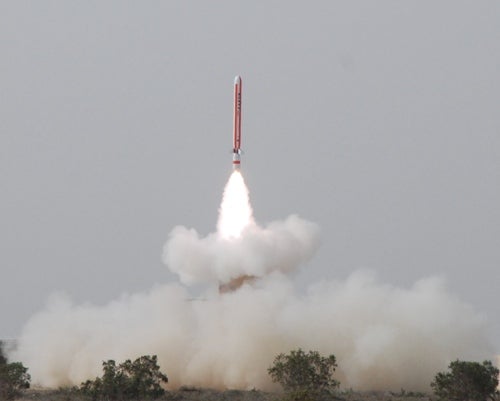 The Pakistan Army has successfully tested its domestically-built nuclear capable cruise missile Hatf-VII (Babur) from an undisclosed location, marking the nation’s first exercise of this kind in the past three months.

During test firing, the missile was launched from an advanced multi-tube missile launch vehicle (MLV) capable of improving its targeting and deployment capabilities.

According to a statement by Inter-Services Public Relations (ISPR), the successful test launch establishes and strengthens the country’s deterrence capability and national security.

"Babur can be launched from ground-based transporter erector launchers, warships and submarines."

A derivative of the US RGM/UGM-109 Tomahawk cruise missile, the Babur is a land attack cruise weapon designed to intercept both land and sea targets with pinpoint accuracy.

Powered by a jet engine, the radar evading, low-flying, terrain-hugging missile has a range of 700km, and is capable of carrying strategic or conventional warheads at a speed of Mach 0.8.

Pakistan is currently developing advanced variants of Babur, which are expected to have an operational range of 1,000km and will be capable of launching from the navy’s Agosta 90B Khalid-class submarines.