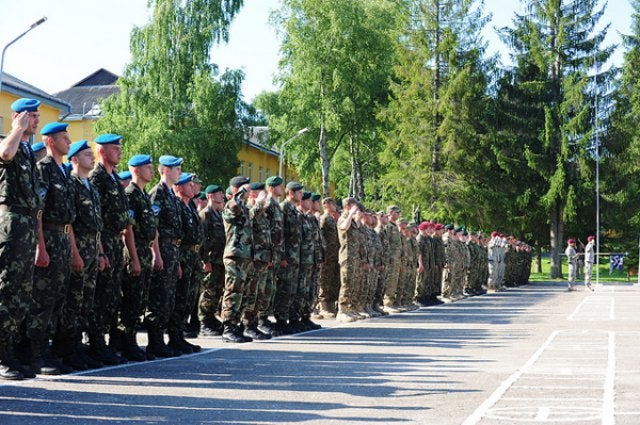 A week-long field-training exercise (FTX) will be the main event of the drill, when participating forces will conduct operations against a simulated enemy.

A one-week situational training exercises programme involving countering improvised-explosive devices (C-IED), convoy operations and patrolling missions, will be conducted by the participants to prepare for the FTX.

Speaking during the opening ceremony, exercise co-director colonel Alfred Renzi said: "Over the last several months, Ukraine has set the highest of standards and, supported by dedicated planners from our partner countries, has set the conditions for excellent training."

"A week-long field-training exercise (FTX) will be the main event of the drill, when participating forces will conduct operations against a simulated enemy."

Participating US units include an airborne-infantry company from the 173rd Airborne Brigade Combat Team, Observer Coach Trainers from the Joint Multinational Readiness Center, 21st Theater Support Command, as well as US Army Europe and the California Army National Guard.

The exercise was previously carried out under the name Peace Shield from 1998 to 2002.

Comprising multi-national academic course and situational and field training exercises, Rapid Trident 2012 had participation from around 1,400 personnel from 16 countries.