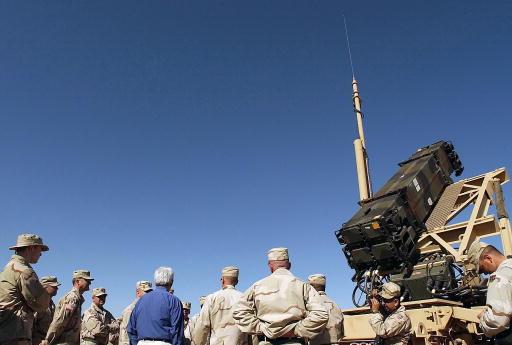 During testing, two PAC-3 missiles were fired according to the current doctrine for successful detection, tracking and destruction of a tactical ballistic missile (TBM) target.

The TBM target was intercepted by the first interceptor, while the second missile self-destructed as planned.

"Our preliminary data indicate that all objectives were achieved," McDaniel said.

The testing was focused at lowering risk for test flight of the PAC-3 missile segment enhancement (MSE), which is scheduled to be carried out in late 2013.

"Our preliminary data indicate that all objectives were achieved."

Jointly manufactured by Raytheon and Lockheed, PAC-3 is an advanced, hit-to-kill air defence projectile weapon designed to defeat a broad spectrum of incoming TBMs and cruise missiles, as well as aircraft and unmanned aerial vehicles (UAVs) by direct, body-to-body impact.

Upgrades include integration of Patriot system with a PAC-3 missile, PAC-3 missile canisters in four packs, a fire solution computer, as well as an enhanced launcher electronics system (ELES).

Lockheed Martin Missiles and Fire Control serves as the prime contractor for the PAC-3 MSE missile upgrade, which was selected as the primary interceptor for the Medium Extended Air Defence System (MEADS) in September 2006.