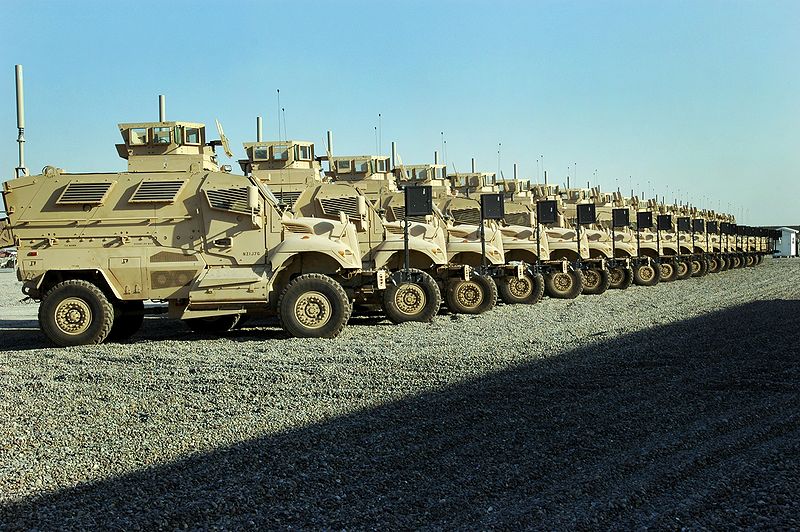 Revealed at the Eurosatory exhibition in Paris, Lockheed will provide an undisclosed number of its Gyrocam 15in triple sensor (15TS) that will be integrated onboard the MRAP vehicles currently serving in combat operations in Afghanistan.

The cost-effective system was recently selected by Canada for civilian purposes, while the US Army and US Marine Corps remained as main domestic customers.

"We’re still delivering the system to the US Army and Marine Corps of the 15in system," Tomczak added.

"We’re still delivering the system to the US Army and Marine Corps of the 15in system."

The system features remote control capabilities and advanced data options, as well as datalinks for full-motion video and is likely to be integrated with Lockheed Martin products, according to Tomczak.

An integration of advanced thermal imaging, high resolution colour, and night-vision sensors into one gyrostabilised system, the Gyrocam 15 TS series of sensor systems can be mast-mounted on any land vehicle to provide remote surveillance.

Work on the contract will be carried out at the company’s Gyrocam Systems facility in Sarasota, Florida, US.

The International MaxxPro MRAP is an armoured fighting vehicle, specifically designed to operate in the rugged terrain in Afghanistan and has enhanced mobility, as well as additional armouring and spare parts that can be used across the whole MaxxPro fleet.

Image: The first shipments of mine resistant ambush protected vehicles in Iraq. Photo: courtesy of Dino246.