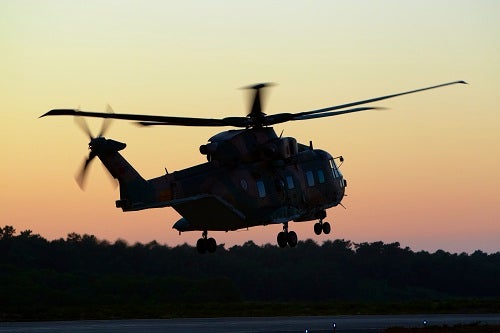 Representing the first exercise under a ten-year programme arrangement, signed by 13 countries in November 2012, the exercise aims to train European helicopter crews in hot, high and dusty environments by replicating the challenges and the dynamic conditions that might be encountered during deployments.

A building block approach will be followed for the exercise, starting with cross-training activities on small missions to facilitate a mutual understanding of each participant’s equipment and standard operational procedures. The complexity and numbers of assets in each mission will increase as the exercises move ahead.

EDA’s helicopter training programme wing commander Andy Gray said the participants will fly to mutually agreed procedures during the exercise, which will involve the introduction of graduate instructers from the first European helicopter tactics instructors course.

”These instructors drawn from Germany, Sweden and the UK are the ‘best of the best,’ and I am looking forward to seeing them mentor some of the less experienced crews as they meet the planning and flying challenges of the exercise,” Gray said.

The exercise is scheduled to conclude on 31 July.