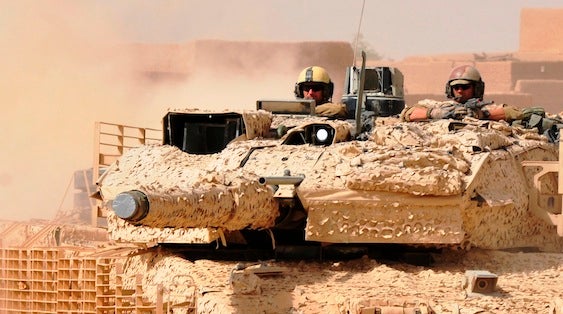 Cassidian Optronics has been awarded a contract to delivery its Attica long-range thermal imaging systems to the German Army.

Under the contract, Cassidian Optronics will supply an undisclosed number of Attica imager units for integration into commander's PERI-R 17 A2 periscope of the Bundeswehr's Leopard 2 main battle tanks (MBT).

Operated either as a stand-alone system or integrated into multi-sensor platforms, the Attica is a third-generation thermal imager designed to help tank commanders in rapid acquisition and effective engagement of hostile targets at longer ranges during day and night in the battlefield.

Capable of integrating into legacy systems, the modular imager features a 15° wide field-of-view (WFOV), which can be doubled to 30° for upgrade into a high-definition version with a detector that enhances surveillance and reconnaissance capabilities even in challenging environments.

Use of thermal imaging equipment from the same product line is expected to deliver significant cost savings and logistical benefits to the army.

Leopord 2 MBT is manufactured by Krauss-Maffei Wegmann (KMW) as a successor to the Leopard 1 tank, and several versions have served with Bundeswehr during combat operations since 1979.