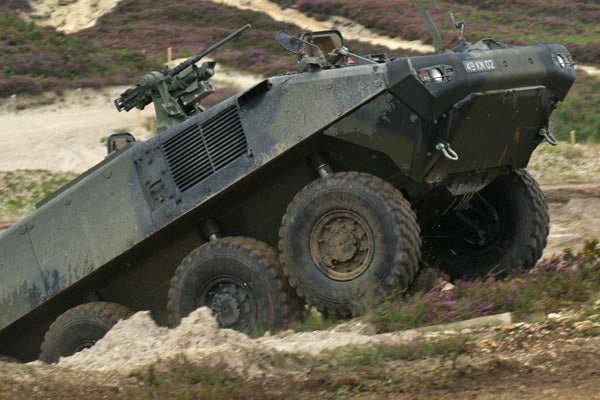 As part of the teaming agreement, the two companies will jointly propose an armoured personnel carrier (APC) for the programme, as reported by Shephard.

GDELS was short-listed by the Danish Defence Acquisition and Logistic Organisation (DALO), earlier this month to submit bids for both wheeled and tracked options of the programme.

"FSDS has a proven record in production, assembly, integration and test of complete armoured personal carriers to the Danish Army, and this partnership will improve this capability to an even higher standard," Schmidt said.

"FSDS has a proven record in production, assembly, integration and test of complete armoured personal carriers to the Danish Army, and this partnership will improve this capability to a higher standard."

GDELS president Alfonso Ramonet added that the company was looking to partner with FSDS to remain a key supplier for the Danish Army vehicle fleet, and also engage in close cooperation with the overall domestic defence industry.

The ASCOD 2 is a tracked infantry fighting vehicle, while Piranha V is an 8×8 fifth-generation of the family of Piranha wheeled utility vehicles.

The selected vehicles are set to undergo a 17-week long evaluation programme at Oksbøl camp, Denmark, as well as several other locations on the Jutland Peninsula starting from the middle of April 2013.

APC-R programme seeks delivery of approximately 360 vehicles in six different configurations, including an infantry APC, command and control, ambulance and mortar carrier, as well as engineering and repair vehicles.