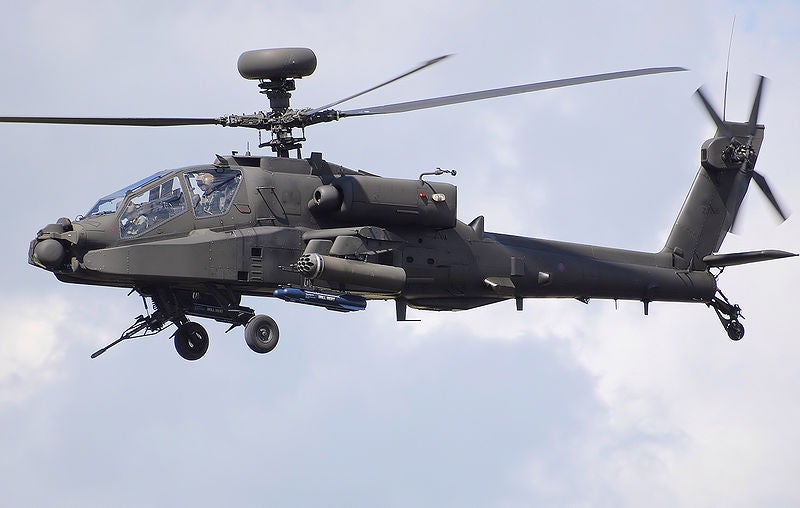 Two British Army Apache helicopters operating aboard the Royal Navy’s HMS Illustrious have successfully carried out the first live firing of the Hellfire missile in the UK during the Joint Warrior multinational training exercise in Scotland.

During the exercise, two Apaches belonging to the 656 Squadron Army Air Corps (AAC) fired one Hellfire missile each at a training target positioned by an aircraft carrier in the sea off northern Scotland.

The tank-busting missile, which has been previously used in combat by the British Forces in Afghanistan and Libya, was fired for the first time in UK waters.

The missiles were fired by the Apache helicopter from HMS Ocean during the NATO led 2011 Operation Ellamy in Libya.

Besides training the Apache pilots, the test firing also enabled the ship’s crew to practise safe delivery of the missiles from the ship’s weapon magazines to the helicopters on the flight deck.

656 Squadron AAC commanding officer major Piers Lewis said the ACC Apache crews are comfortable operating in all environments, which has once again demonstrated their ability to fire Hellfire from sea following launch from HMS Illustrious.

The two-week wargames will see around 1,600 troops belonging to foreign nations training alongside 8,000 UK personnel on board more than 30 naval vessels.

Joint Warrior is held twice a year to train forces from the UK, US, Denmark, Norway, France, Canada, Germany and the Netherlands for events and active service.