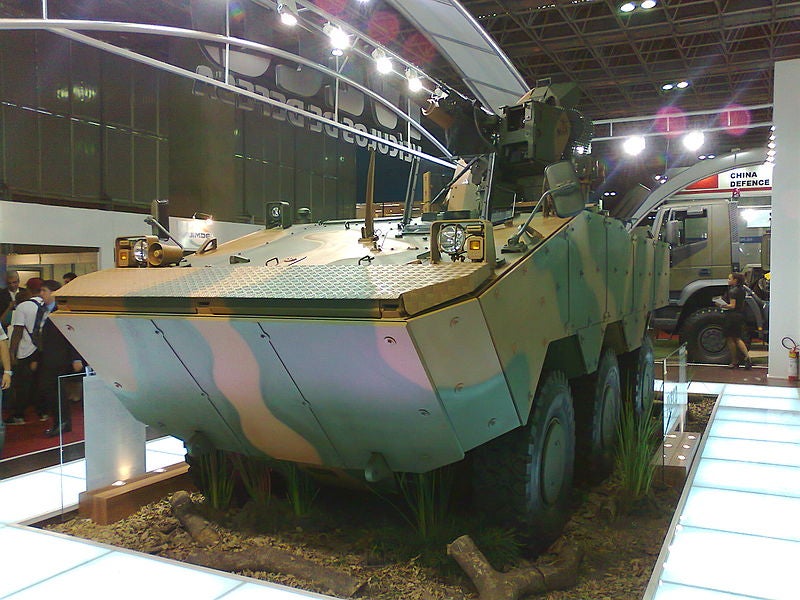 The $15m deal forms part of a R$440m ($260m) framework contract secured by the company in January 2011 for the supply of 30mm cannon-equipped UT30 BR unmanned turrets to the Brazilian Army’s land forces, as part of the Guarani project.

Under the contract terms, the company will supply an unspecified number of unmanned turrets for integration into a batch of Iveco-built 6×6 Guarani vehicles, scheduled for completion in the next two years.

The first UT30 BR turret under the previous contract was received and installed aboard Guarani APC by the army following customer acceptance tests in September 2011, which involved validation of the turret’s operational functions, as well as its firing capabilities at static and moving targets.

" the Guarani is a 6×6 wheeled drive amphibious machine designed to replace the country’s fleet of ageing EE-11 Urutu and Cascavel armoured fighting vehicles by 2015."

Featuring a sensor package and a 30mm gun, the UT-30 is a dual-axis stabilised unmanned turret capable of converting an APC into an infantry fighting vehicle (IFV) without deck penetration.

The turret is also equipped with a 7.62mm coaxial machine gun, a laser warning system (LWS), commander panoramic sight and smoke grenade launchers, as well as an automatic target tracker.

Developed jointly by Iveco and Brazilian Army, the Guarani is a 6×6 wheeled drive amphibious machine designed to replace the country’s fleet of ageing EE-11 Urutu and Cascavel armoured fighting vehicles by 2015.

Overall, the army is planning to acquire approximately 2,044 Guaranis in the next 20 years to enable restructuring of its mechanised forces.