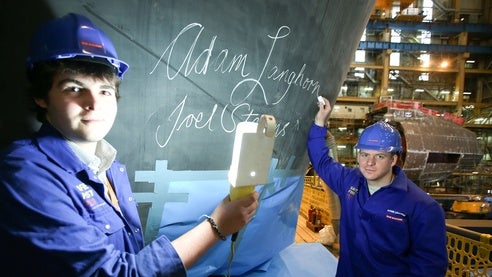 More than 100 graduates and trainees recruited by BAE Systems in the UK as part of its 2013 apprentice recruitment programme are set to join its Surrey-based cybersecurity subsidiary, Detica.

The decision to assign 130 of 293 its trainees to Detica demonstrates the country’s increasing requirement for cybersecurity and the cost of cyber-crime to the UK, which is currently estimated by the National Audit Office (NAO) to be between £18bn and £27bn.

Detica managing director Martin Sutherland said the company has more than 2,600 staff globally, with plans to hire an additional 600 people in 2013.

"Our growth reflects a huge demand for technologies which defend against cyber attack, combat fraud and help businesses effectively manage the sometimes overwhelming amounts of data available to them," Sutherland said.

Training of the next-generation of skilled cyber-security engineers has recently been identified by the Institute of Engineering & Technology as ‘vital in order to protect the UK’s critical infrastructure’.

"Our growth reflects a huge demand for technologies which defend against cyber attack, combat fraud and help businesses effectively manage the sometimes overwhelming amounts of data available to them."

Of the remaining 163 recruits, BAE’s military aircraft business at Warton and Samlesbury in Lancashire will recruit 49, while one graduate will join operations at RAF Marham in Lincolnshire, with two joining the facility at Christchurch, Dorset.

Some 33 graduates will join the company’s submarine-building business at Barrow-in-Furness in Cumbria, while the ship-building and naval support sites in Portsmouth and Glasgow will hire 23 and 15 apprentices respectively.

The company’s Rochester site is taking on ten graduates, Telford will have three, with four positions available at Farnborough and Ash Vale, two at New Maldeny, four at shared services function, as well as one each at the munitions factories in Washington in Tyne and Weir and at Glascoed in Wales.

Nine will be recruited into the company’s finance function, while six will join BAE’s SIGMA programme.

Apprentice training forms a critical element of BAE’s Skills 2020 programme, which aims to ensure the company remains competitive and operates successfully in the UK into 2020 and beyond.