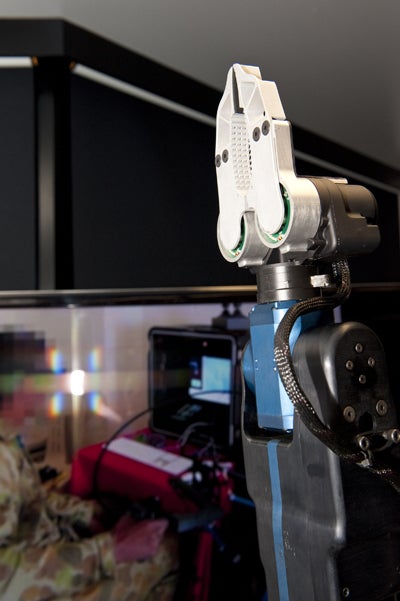 The Australian Defence Science and Technology Organisation (DSTO) has signed a licence agreement with Deakin University to advance the development of the prototype haptic arm counter explosive disposal robot for use by the national army in combat operations.

The organisations will jointly work to modify the technology to a configuration deemed sufficient for consideration by the Australian Defence Force (ADF) in future.

DSTO chief defence scientist Dr Alex Zelinsky said the licence agreement enabled the university to engage commercial partners for production and distribution of the technology and other haptic systems for the programme.

"This licence agreement is the capstone of a thorough development and evaluation process that has produced technology of potential benefit to defence," Zelinsky said.

"Our collaboration provides another opportunity to showcase how DSTO and universities can jointly mature new technologies."

"Our collaboration provides another opportunity to showcase how DSTO and universities can jointly mature new technologies."

Adapted from an existing chassis design developed by Deakin University’s Centre for Intelligent Systems Research, the robot’s haptically enabled arm provides operators with a natural grasp and feels sensations of remote objects, such as improvised explosive devices (IEDs) in the battlefield.

Capable of integrating into any existing robotic platform with minimal modifications, the system is also expected to be used for battlefield surveillance operations.

The systems’ development was funded by the DSTO under the Capability Technology Demonstrator (CTD) programme to the level of functional prototype, for comprehensive validation by key military personnel.