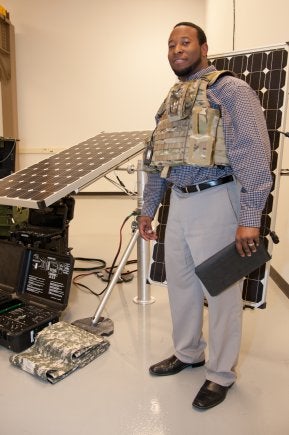 Arotech‘s battery and power systems division has been awarded a contract for delivery of additional soldier-wearable integrated power equipment system (SWIPES) units to the US Army.

The $2m order represents a follow-on contract for the SWIPES system, which extends mission duration without requirement for power source swaps or charging, due to their high energy density.

”Since developing the SWIPES product, we have realised over $6 million in sales from the US Army, ” Ehrlich said.

”We see significant future growth potential for this product, not only for the various divisions of the US military, but also for ground forces of other armies."

SWIPES is a modular power distribution system designed to continuously charge the secondary batteries inside several devices, including two-way radios, GPS units and shot detection systems, while reducing soldier’s battery weight by up to 30%.

"We see significant future growth potential for this product, not only for the various divisions of the US military, but also for other armies."

Having deployed in support of US military’s missions in Afghanistan, the battery is also being supplied to more than six brigade combat teams (BCTs) as part of the capability set 13 (CS13).

The battery had also demonstrated its abilities during evaluations at the Network Integration Exercise (NIE) 12.2, which was conducted at Fort Bliss in Texas, US, in May 2012.