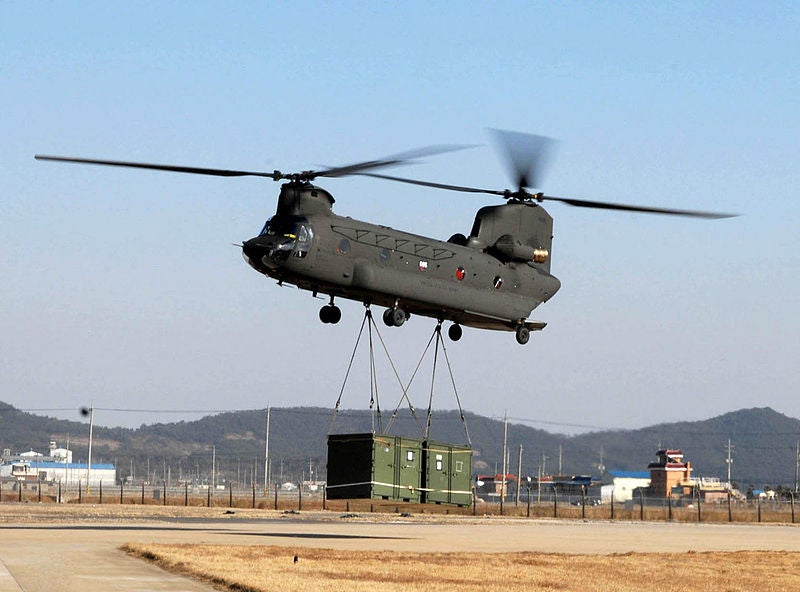 The integration of the modified commercial off the shelf (COTS) frequency converter in test systems is expected to enable ground crews to update mission-critical software and firmware for the CH-47 Chinook without using the aircraft’s on-board power.

”When it was discovered that they needed less power and a smaller chassis, plus additional features, we are proud to be able to quickly modify the standard unit and deliver the modified COTS Behlman BL3X100, which gave them everything they needed in a shorter time than they expected,” Storm added.

Besides over-temperature and short-circuit protection, the converter also offers voltage fold-back during overloads to ensure supply of undistorted waveforms essential for avionics performance by the power output.

Powered by two Honeywell T55-L-712 turboshaft engines, the CH-47 Chinook is a heavy-lift, high-altitude helicopter used by the US Army for troop transportation, artillery and cargo supplies, humanitarian, disaster relief, search-and-rescue and fire-fighting missions.The helicopter first entered service with US Army in 1962, and is currently operational with the armed forces of 17 nations.

Image: A US Army’s CH-47 Chinook helicopter drops off troops and supplies at Kunsan Air Base in South Korea. Photo: UNC – CFC.