The world’s biggest aerospace and defence companies in 2018
Menu

The Boeing Company generated an annual revenue of $93.39bn in 2017, primarily driven by its aerospace and defence businesses, while its net earnings for the year stood at $8.19bn. The company topped the industry after delivering a total of 763 commercial aircraft for the sixth consecutive year.

The company’s revenue was mainly driven by the growth in Commercial Aircraft, and Defence and Space segments, free cash flow, and underlying profit.

Headquartered in the Netherlands, the company offers products for military, commercial and security markets. The business segments of Airbus include Airbus Commercial Aircraft, Airbus Defence and Space, and Airbus Helicopters. The company agreed to acquire a majority stake in Bombardier’s C Series aircraft programme in October 2017.

Airbus employs 130,000 people across 180 locations worldwide. Its product line encompasses military aircraft such as A400M airlifter and A330 MRTT, commercial aircraft such as A320, A330 and A350 XWB families, Earth observation, navigation and communications satellites, as well as civil/military helicopters.

The company’s commercial aircraft order backlog of 7,265 units set a new industry record at the end of the year.

United Technologies Corporation’s consolidated net sales for 2017 increased by 5% year-on-year to $59.83bn, reflecting the growth in commercial aftermarket and military sales, and service sales. Net income for the same year was $4.6bn, a 10% decrease compared to 2016. 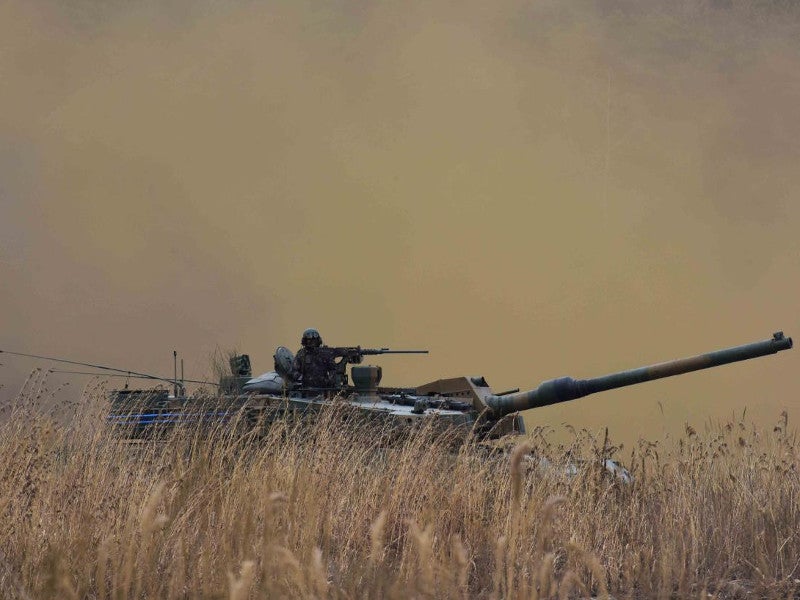 The world’s biggest defence budgets in 2019

Global aerospace and defence company Lockheed Martin Corporation, based in Bethesda, Maryland, reported net sales of $49.97bn in 2017, an approximately 8% increase over 2016. Net earnings attributable to the company for the same year amounted to $2bn.

Approximately 69% of the company’s 2017 revenue came from the US Government and the Department of Defense contracts, with the F-35 programme alone accounting for 25%.

Lockheed Martin operates through four business segments, including Missiles and Fire Control (MFC), Rotary and Mission Systems (RMS), Aeronautics, and Space (formerly Space Systems). The company employs roughly 100,000 people across the globe. The company secured $54.2bn worth of new orders in 2017, including an $8.2bn-worth order for an additional 90 F-35 aircraft.

General Dynamics Corporation witnessed a 1.3% revenue growth in 2017 to $30.97bn over 2016, assisted by the growth of its operating units and across all product categories. Its net earnings for the year stood at $2.91bn.

The company received an indefinite delivery, indefinite quantity (IDIQ) contract worth $2.4bn in 2017. It acquired CSRA, a provider of information technology services, for $9.7bn in April 2018.

GE Aviation and its JV companies received orders worth $31bn in June 2017.

Northrop Grumman’s net sales in 2017 were $25.8bn, primarily driven by higher sales volume in Mission Systems and Aerospace Systems segments. Its net earnings for the year amounted to $2.01bn.

With net sales of $25.34bn, Raytheon Company witnessed a year-over-year growth of 5.1% in 2017 compared to 2016. The net sales benefited from record international and classified sales. The company’s net income for the year stood at $2bn.

BAE Systems acquired engineering firm IAP Research in February 2017 and booked orders worth ($27bn) £20.3bn during the year. The order backlog for the company’s electronic systems stood at $7.3bn (£5.4bn) at the end of 2017.

Rolls-Royce, one of the leading industrial technology companies based in London, reported revenue of $22bn (£16.30bn) in 2017, a 6% increase over 2016. The revenue was supported by 35% increase in engine deliveries to 483, flying hour growth, higher maintenance activities, and working capital improvements.

Rolls-Royce is a major supplier of aero engines and propulsion systems for military and commercial aircraft and marine platforms. The company employs more than 50,000 employees in 50 countries.

The company operates through five business segments, including Civil Aerospace, Defence Aerospace, Marine, Power Systems, and Nuclear. Civil Aerospace is the company’s biggest segment, accounting for 53% of the total revenues in 2017.