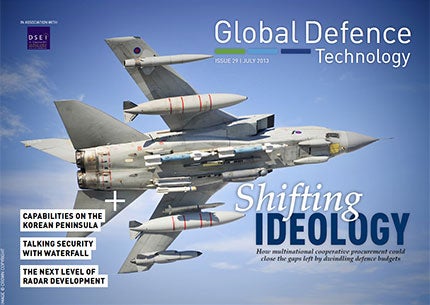 As digital systems increasingly control real-world assets, cyber-defence is now a vital element of national security. In this issue we talk about critical infrastructure protection with Israel-based Waterfall Security Solutions.

We also investigate the military capabilities on the Korean Peninsula and the measures put in place to counter potential attacks from North Korea. Moreover, we ask if the RAF’s Storm Shadow missile is proof that multinational co-operation on arms procurement can weather the shortages hewn by dwindling budgets.

Plus, we find out why radar procurement has remained strong despite spending being reduced in many other areas.

Special report
Independence and Defence
Scotland voting ‘yes’ on the decision to break away from the UK in 2014 would have a significant impact on defence provision. We look at how this move could affect the submarine-based trident nuclear deterrent.
Click here to read the full article.

Crisis vs. Capabilities
After conducting a series of provocative weapons tests, North Korea has issued increasingly bellicose threats to the international community, causing south korea to raise its alert level. We ask what Pyongyang’s arsenal is capable of.
Click here to read the full article.

Airforce
A New Approach to Procurement
With the RAF’s conventionally armed stand-off missile lauded as a consummate example of collaborative procurement, we ask whether it is proof that multinational co-operation can withstand dwindling budgets.
Click here to read the full article.

Navy
Taking Radar to the Next Level
Despite the downturn in defence budgets, radar procurement has remained strong. We investigate why radar is bucking the trend of reduced spending.
Click here to read the full article.

We also profile the latest version of the AH-46 Apache attack helicopter, take a look at the US Navy’s X-47B unmanned combat air system demonstrator, and review the latest milestones in the development of the A400M for the French Air Force.